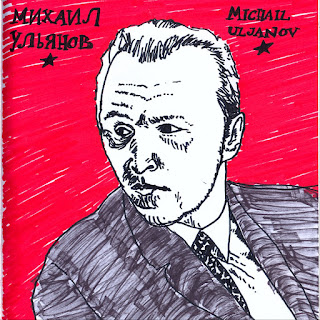 Pictured is Michail Uljanov, who was a Soviet moviestar. The drawing is made from one of the picture postcards that we sell - vintage postcards from the Soviet Union! (They were purchased in Tbilisi, Georgia, in the spring of 2011.)
If you're into film and cinema, for instance we have some books about actors and directors, as well as on how to write scripts for film.