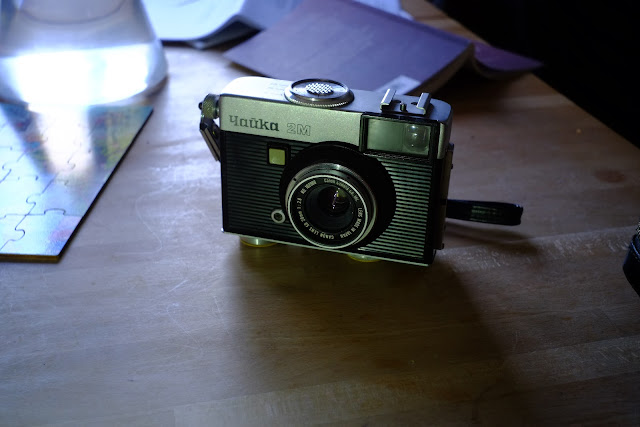 Well, here's a Chaika 2M that I bought from Alex Helios via Instagram. 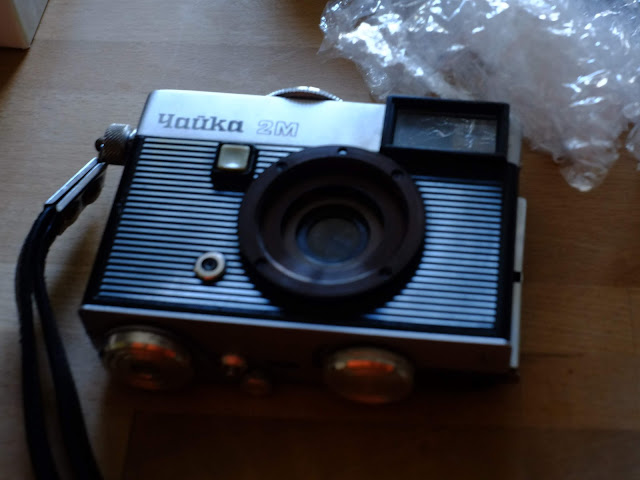 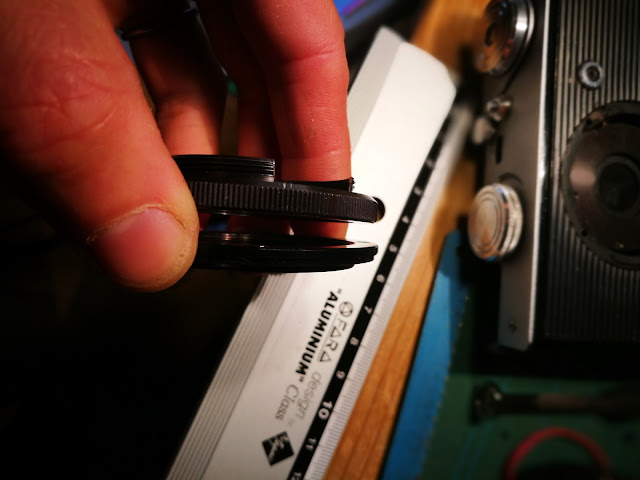 The Chaika mount is easily detached from the body by loosening four screws. If I want to mount the Leica thread mount M39 (LTM) lenses on the Chaika - which is my goal with this mod - I have to add 1.3mm to the mount. That is what is needed to change the camera's flange focal distance (FFD) from Chaika system to LTM system. In this case I use a M39 macro adapter ring. It has the right measurement, if not down to tens of millimeters. 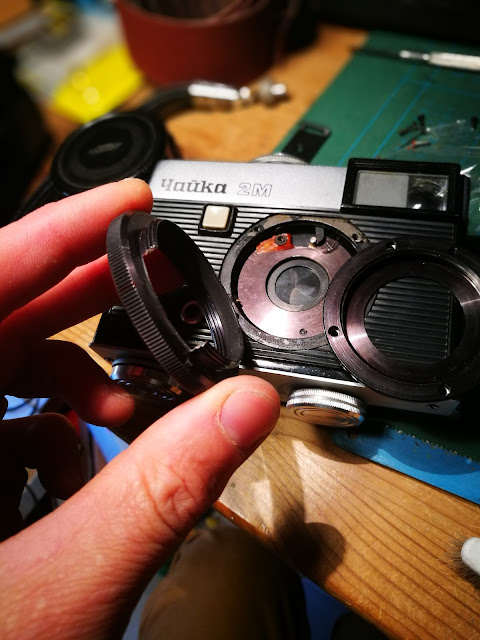 The thingy next to the red-ish patch in the above picture is part of the shutter release mechanism. The mount ring needs to leave room for that, so below you can see how I've removed some of the (obsolete) thread. What isn't visible in this picture is the wiring to the flash socket. I removed it entirely since I never use flash. If you want to keep it you need to make another recess in the mount ring to make room for it and the screw holding it in place next to the shutter release mechanism. 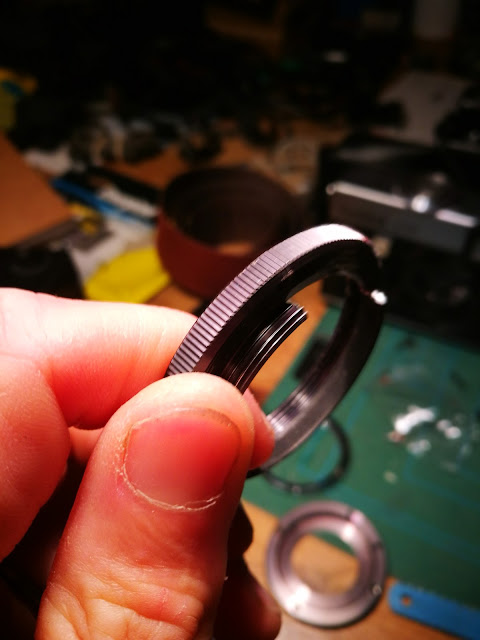 I had to sand down the inner part of the thread to be able to sink the mount into the place of the old one. 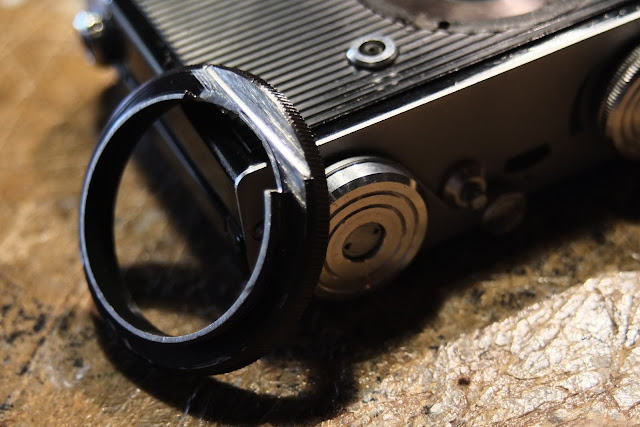 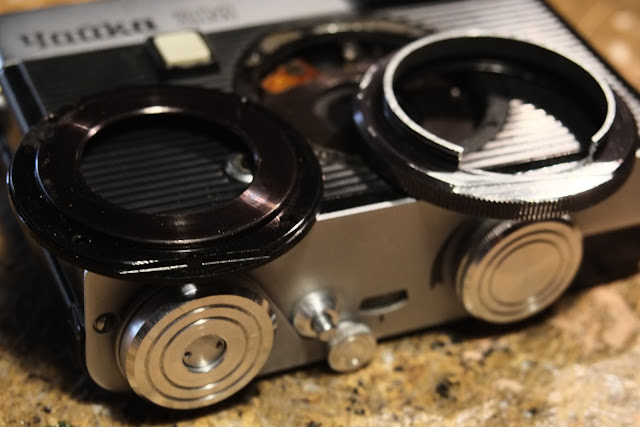 Then I had to imitate a recess from the original mount, seen above.

Once I'd glued the mount in place it did stick out a bit too much. Somewhere in the vicinity of 0.75mm. I thought I'd test it anyway so used the beginning of a roll that I knew I'd expose and develop soon to try the New Chaika. 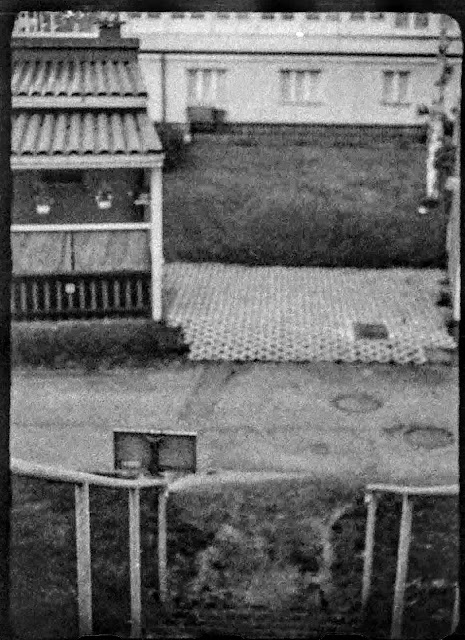 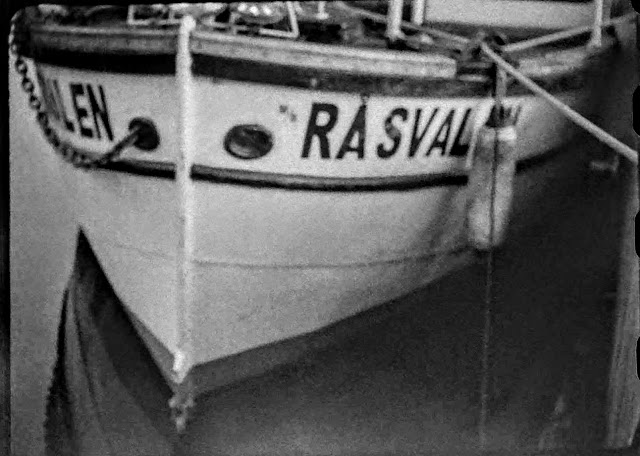 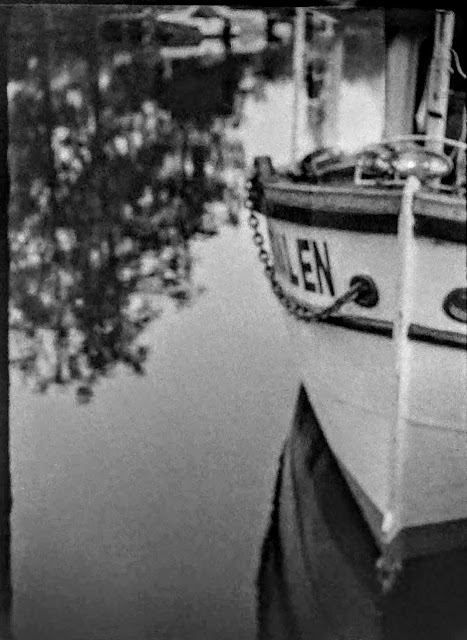 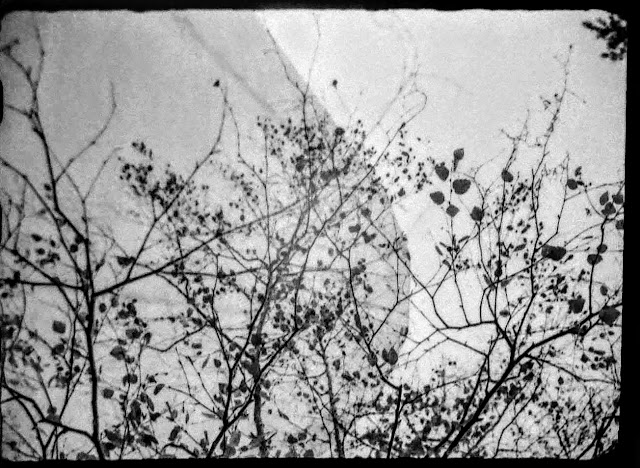 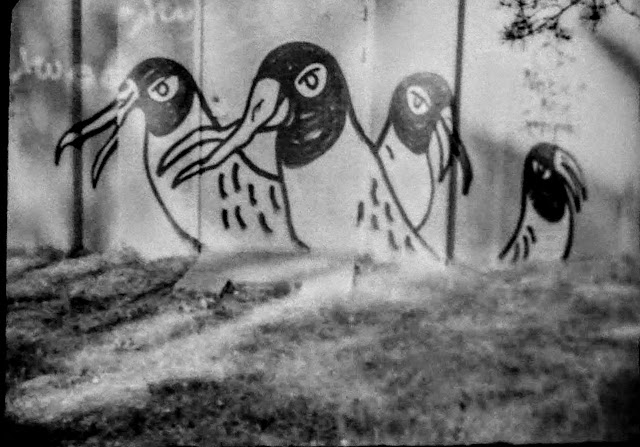 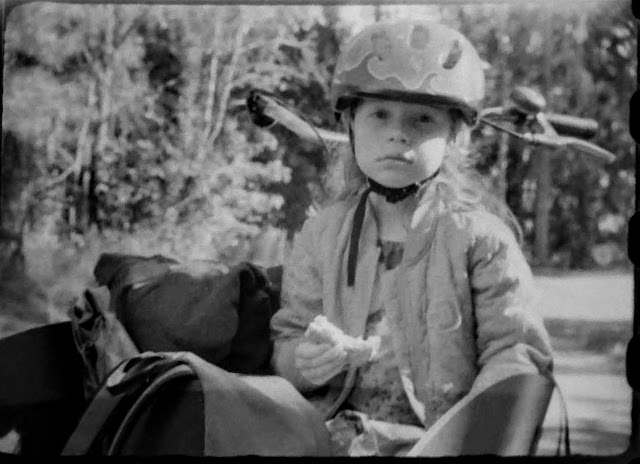 Note that the scan is blurry in itself. But what is still most evident is the common features of a lens which is mounted too far from the FFD. The first is the lack of infinity focus. Second is the fact that you can see that when focusing for a portrait or group the focus appears closer than intended. See examples in my Paxette experiment here too.

In conclusion I am happy to announce that I've today filed down the mount almost a millimeter so the lenses from now on will focus properly. One important lesson is that the adapted mount has to be filed down from the side facing the body, or the lenses will hit the bottom of the thread mount before the lens body reaches the correct FFD.


Thanks for reading this post! Don't hesitate to comment or check out my Instagram at #ourbooksmalmo. Visit my Etsy shop getOurBooks where there are cameras aplenty to choose from.