What's with the knobs?

Like all photography in my life, it began with a Canon FT camera. An SLR that my father bought for himself circa 1970 when he was 29 and had gotten his PhD. Twenty years later and I'm taking my first steps in photography, using that camera. It is entirely manually controlled, with a light meter to guide your settings. So - knob for setting shutter speed; ring for aperture.

Now I own and use these three odd-knob cameras. What is the thing with them?

It most probably has to do with design - and I mean in the aesthetic/graphic sense. I like to see the knob on the front of the body. It looks good. And I suppose it's the rebel in me - wanting something slightly askew; out of the ordinary. 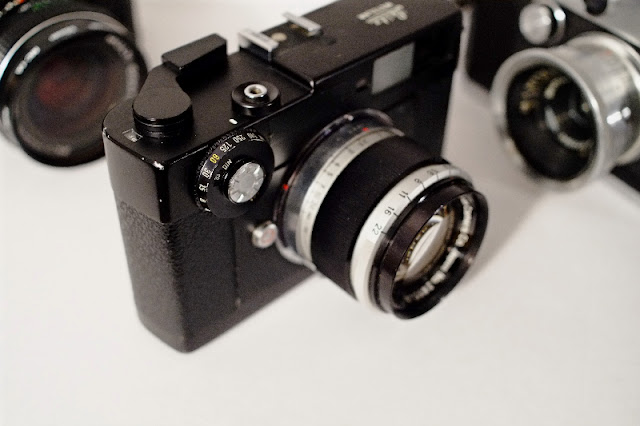 But of course it has to do with ergonomics - I can easily control it with my index finger on the Chinonflex and on the Leica CL. 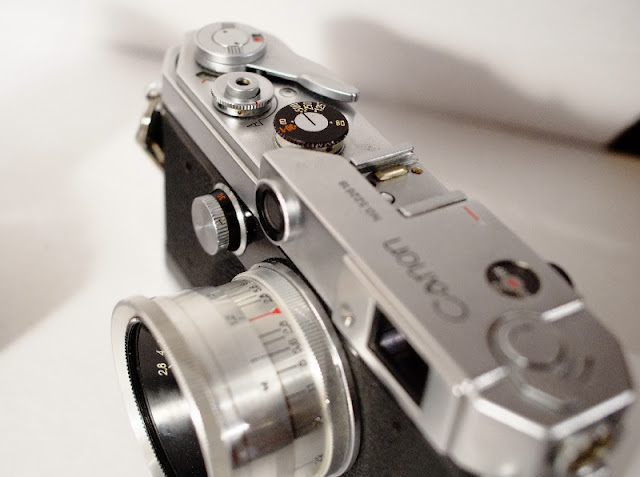 This camera is not as easily handled. The Canon L2 has two control wheels for shutter speed. The one on top is for is for 1/60th of a second and faster times - and you lift the wheel to change the settings - as on my Fed 2 and Zenit 3 SLRs. The front wheel controls the slower times from 1/30th on. That one still is not as smooth in operation as to be controlled with one finger.

The split of shutter speeds at 1/30th on the L2 has its logical explanation in that there are two different mechanisms used in faster and slower exposures. The faster timing system is more mechanical in execution than the slower, which is timer based. If you listen to your camera exposing in different times you can hear different types of mechanisms at work. Some just clack while others buzz before the shutter closes again. 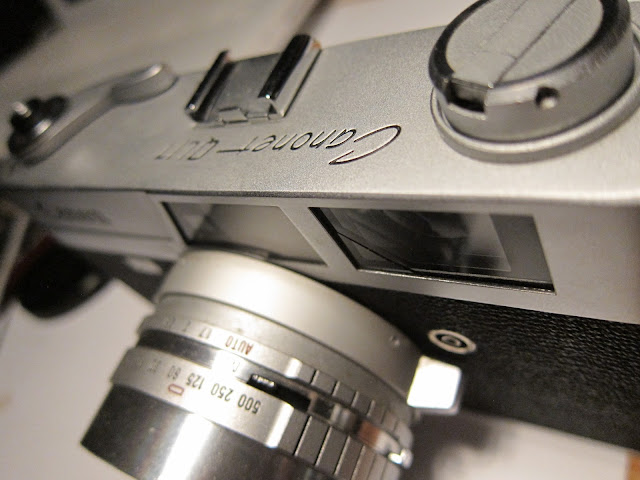 In the past I've tried fixed lens rangefinder cameras, and have always had issues with finding the right ring controlling what. Most commonly all controls are placed on the lens - shutter time ring; aperture ring; focus ring; ISO twig/ring/other. So that has me now and again turning the camera to find the right setting; having my fingers sliding to the wrong ring or not finding traction; instead of me just framing and focusing to get the picture right. 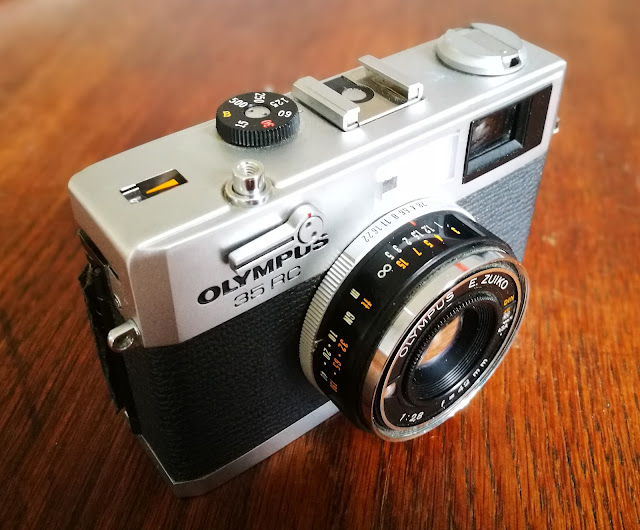 There are some fixed lens rangefinders that are easier to control, of course, that have raised rings or levers to help you find the right ring. The Olympus 35 RC has the shutter control on the top of the body, just like an SLR or interchangeable lens rangefinder, and that's a relief for me. Knob for setting shutter speed; ring for aperture.