July 25, 2017
These fairly similar cameras are of different generations. Looking at today's development in digital rangefinder cameras, with sizes increasing, one could deduce that the bottom camera was the younger one. That is not the case, however. Olympus-35 LE was introduced in 1965 and has fully automatic exposure. The 4,5 volt battery feeds a lightmeter situated on the front of the lens, which in its turn automatically sets aperture and shutter speed according to the light conditions. The lens is fixed and is very light sensitive at 1:1,7.

The smaller Olympus 35 RC was introduced in 1970. The exposure is entirely manually controlled. The RC is one of a few fixed-lens rangefinder cameras with a top mounted control for shutter speed. Aperture can also be set for automatic (A). 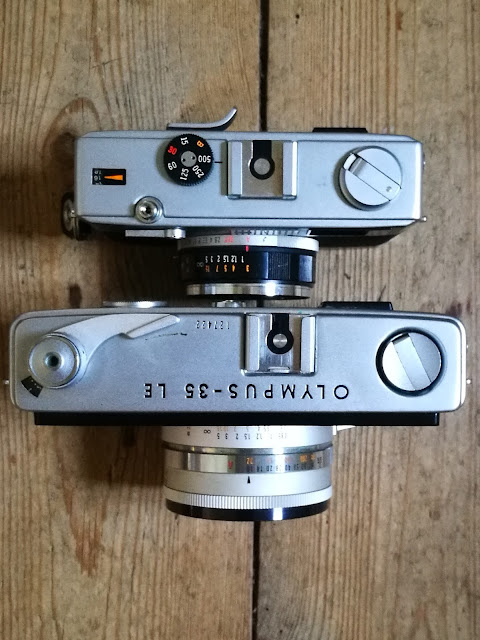 The RC has the choice of full manual control, while the LE only has focusing and ASA/ISO setting to be operated by the user. 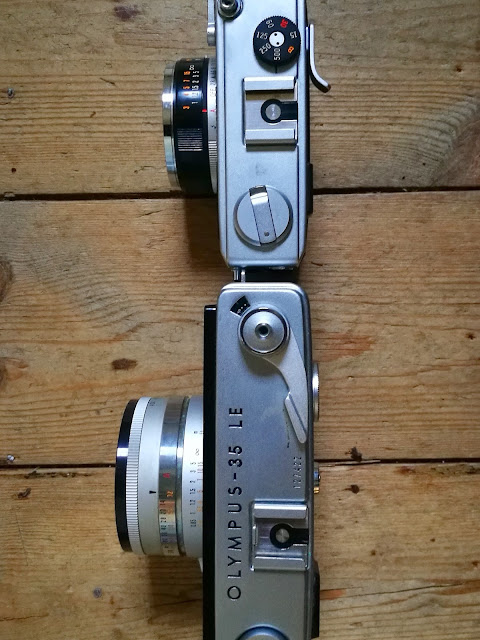 Size is different but thickness is similar due to the constraints of the film cassette inside.

You are welcome to visit my shop at Etsy to find out more about analog cameras! 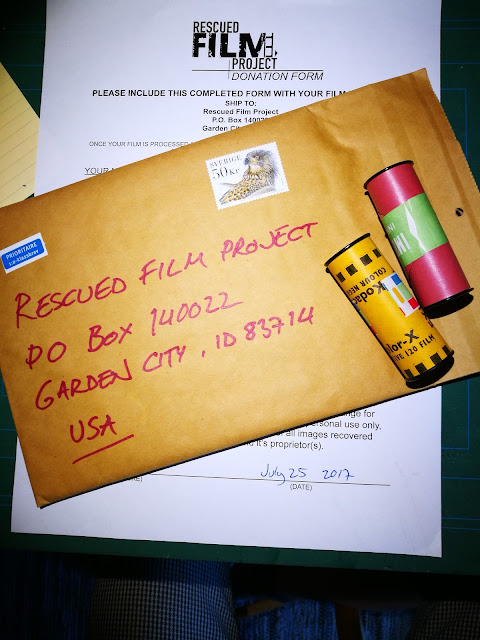 Here are two 120-film rolls to be shipped to the Rescued Film Project. Read more at the Rescued Film Website. These rolls were found in cameras I've purchased at thrift shops. The modes of development of old films like these are complicated, and only a few labs exist in the world that are ready to take on the task of gently developing them.