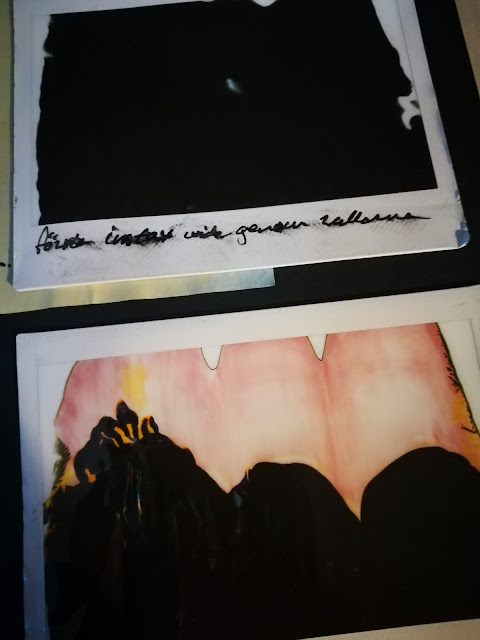 Inspired by a Youtube video I bought a Kodak EK2 instant camera for €5 in a thrift shop. These Kodak instant cameras are in limbo, like Polaroid's packfilm cameras, since no film is manufactured anymore.

The photos above are the first attempts at developing Fujifilm's Instant Wide photos with the EK2 hand-cranked rollers. On the way through the photos snagged at something behind the rollers. That was yet another one of half a dozen details to adapt for the two systems to work together. 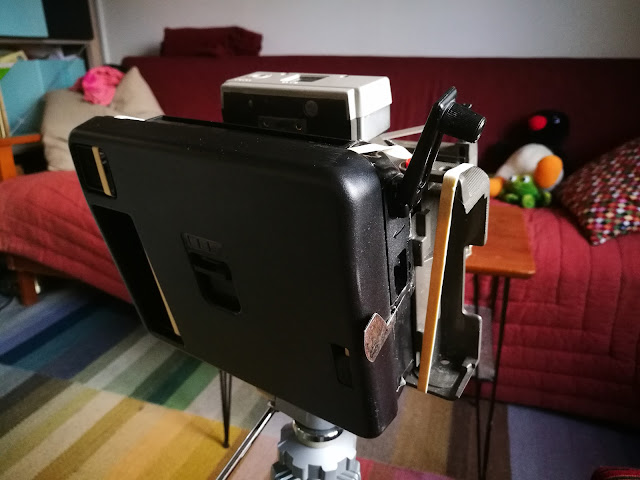 My basic assumption was that I could use the EK2 camera body as a back for modern instant photos on my Polaroid Land Automatic 230. I've modded the Land camera into what I call a 'Dallroid' (using a Dallmeyer lens and manual shutters), as you can see in my earlier posts from my Adventures in Packfilm. The EK2 has a hand-cranked developing mechanism, unlike most other instant cameras that develop photos using battery-driven motors.

This time (again) I used part of an empty packfilm container as a spacer for the instant back to fit the Dallroid. I had sawed through the thin plastic of the EK2 to remove the lens- and exposure mechanisms. As luck would have it the design made it easy to make the incision in a way so that the film plane ended up close to that of my 9x12 film back. 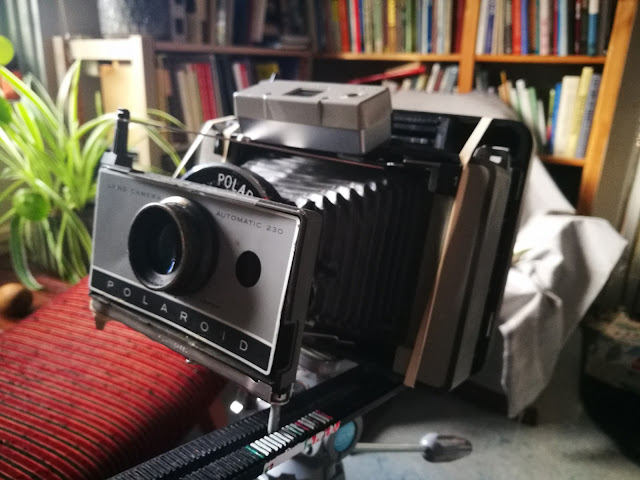 The Instax Wide photos fit exactly inside the film compartment of the EK2. That is - without its original cassette. Or without the Kodak cassette. That meant I had to remove the sides of the Kodak cassette for the photos to fit. I also had to remove little bumps of plastic here and there inside the film compartment, now with obsolete functions, but stopping the photos from moving effortlessly. As can be seen on the trial exposure in the top of the post, there was reason to prod in between the rollers to remove a last obstructing bump which interfered with the travel through the last bit.

A very basic difference between a Kodak photo and Instax Wide photo is not the width but the height. The Wide is shorter than the original size photos for this camera, which means that the 'transport peg' that pushes the photos toward the rollers can't do its job properly anymore.

So I needed to help the photos reach the rollers using the original transport peg's movements. I made a spacer from a foam material and a thick card to push the pack of films to the front of the cassette, where the original photos would sit. I then made a thin sliding card out of plastic, the length of the spacer mentioned above, which would be pushed by the transport peg, and which would in turn push the exposed photo toward the rollers.

Eventually, though, I've never come to the point where I know if the film transport (toward the rollers) work or not since I couldn't make the transport space wider on the 'outer' side of the rollers, mentioned earlier. That's where the Instax Wide film would snag and get stuck. What I can do later on is try this setup with a set of Instax Square photos which aren't as wide but have the same height.

I managed to expose Instax Wide photos... in a Polaroid 545 back attached to my Dallroid. 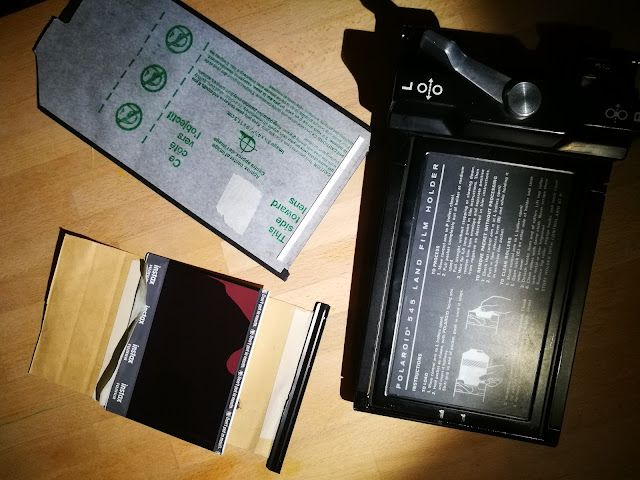 For Christmas I got a pack of 4x5" Polaroids, which were all dried up as it turned out. Well, I kept the pouches and the black metal strips/clips. Inspired by a video I decided to try to develop an Instax Wide photo after exposing it with my Dallroid. And it worked (eventually). 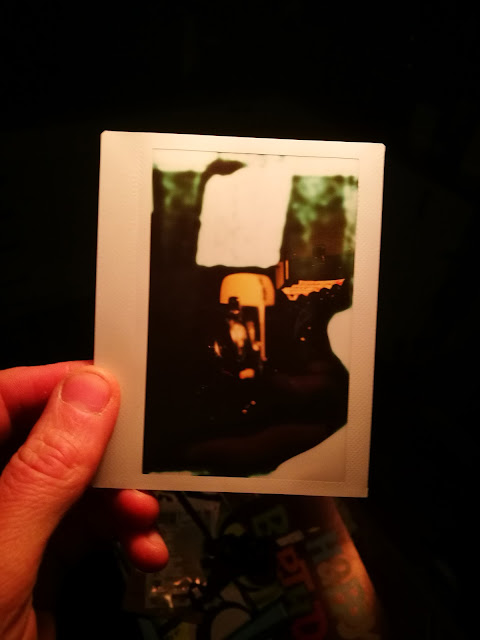 I am happy to now be able to expose the following with my Dallroid camera:

120 film in a rollfilm back

up to 8,5 cm wide rollfilm in a rollfilm back [have yet to do it]

Here's a guy who attached an Instax back to his Polaroid 450, and managed to get photos.

Thanks for your patience! Check out my Instagram and my Etsy camera shop!

September 18, 2019
Well, here's a Chaika 2M that I bought from Alex Helios via Instagram.  It's a great full manual viewfinder half-frame camera. The wheel on the top is for shutter time selection, from B to 1/30th to 1/250th of a second. The square button on the front right of the camera is the release/exposure. The lens mounted on the camera in the picture is not the original Industar-69. The Chaika is a rare model compact camera since the prime lens is detachable. What is more is that it has M39 screw mount. But - like with the Paxette M39 system - you can't get focus with a lens from another M39 system. Unless you adapt the lens or - in this case - the camera (mount)! The Chaika mount is easily detached from the body by loosening four screws. If I want to mount the Leica thread mount M39 (LTM) lenses on the Chaika - which is my goal with this mod - I have to add 1.3mm to the mount. That is what is needed to change the camera's flange focal distance (FFD) from Chaika system to L
Post a comment
Read more