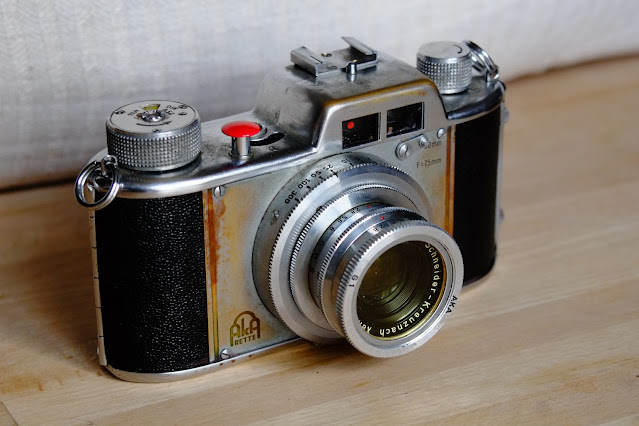 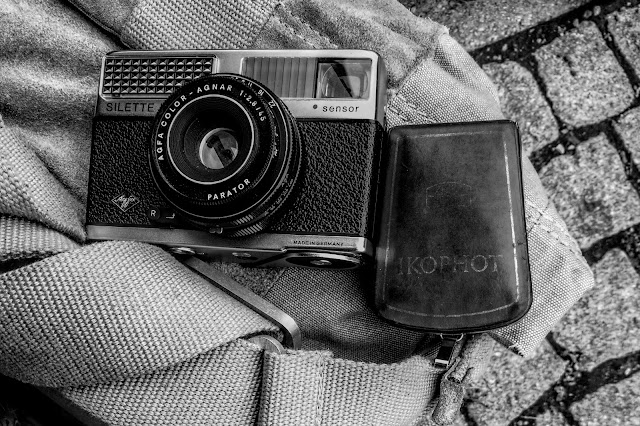 The first camera is the AGFA Silette LK

There's not much to say. There is full manual control of everything needed to make a photograph. Plus a selenium lightmeter which works just fine, as it turns out. This camera I have not used before. I did use a sibling a year before - a similar model, but with automatic exposure.

This is actually where I diverge from my own simple set of rules. The Akarette is a system camera. There are at least a 45, a 50 and a 75 mm lens for it. I have used a 50 mm Schneider-Kreuznach in the past, but here I used my 45 mm S-K.

Why did I diverge? I only own the 45 lens and the camera has very similar specs to the fixed-lens ones included in this project. Apart from having the focal length in common with the other cameras, also all the controls are situated on the lens body; shutter, aperture, focusing.

My preferred film, because it is fast, and develops well in caffenol. I exposed it at 1600 ASA to obtain stronger contrasts.

I overdeveloped both films, resulting in very dark negatives. I have not succeeded in extracting any satisfactory photos. 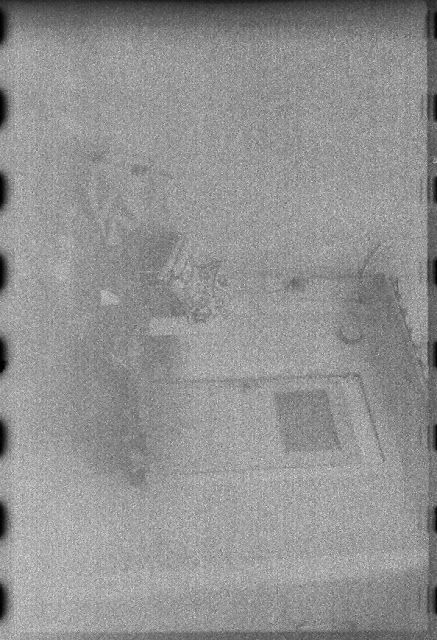 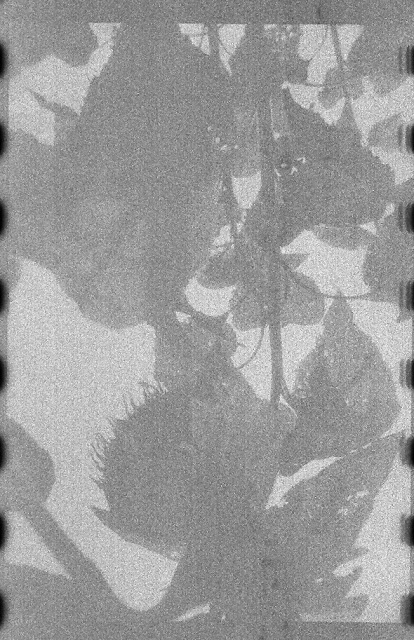 I do love making photographs with these cameras, and will try again...