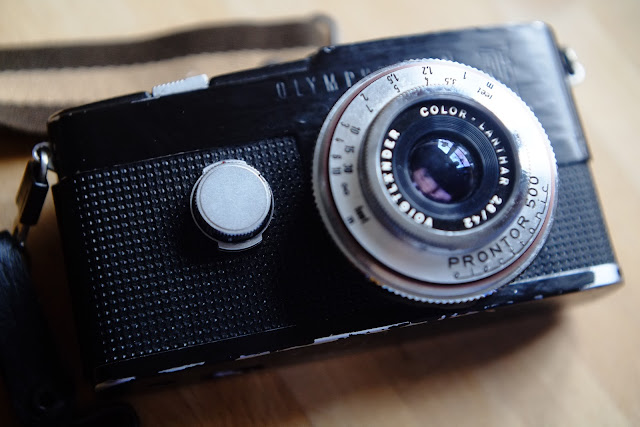 I modded a lens from a very compact fixed-lens camera to my very compact Olympus Pen F. The originating camera is a (how's that for a name!) Zeiss Ikon Voigtländer Vitessa 500 AE Electronic. The lens is a Color Lanthar 42 mm 1:2.8. On the Pen, which takes half-frame pictures, the lens will show what a 63 mm lens would on a full frame 35 mm camera. 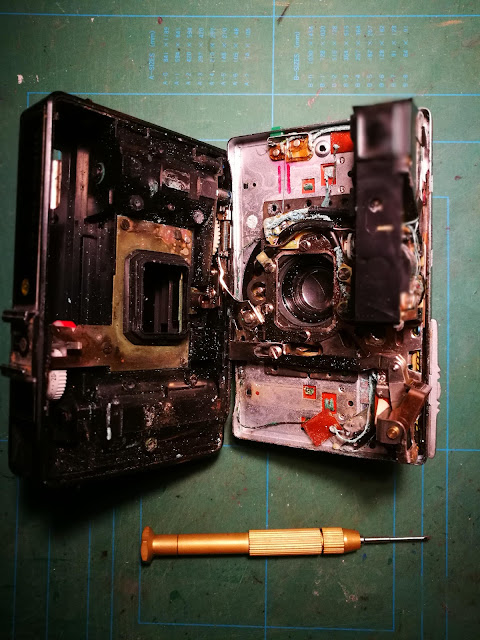 That's the insides of it. I would have loved to used it but there were several issues with it that I couldn't get my head around.
The distance from the lens to the film plane on this camera is very short. I figured I could mount it on an M39 screw mount and use it on my X-Pro camera but there wasn't enough space. And M42 mount was out of the question since SLR:s have to leave room for that lovely mirror slapping up and down. I did try it on the Pen F and I could get focus! However the albeit differently constructed mirror was in the way. The cylinder which the lens is mounted in was protruding as to collide with the moving mirror. Well, the protruding end wasn't there for a reason anymore, once it had left the original camera body, so I sawed it off. 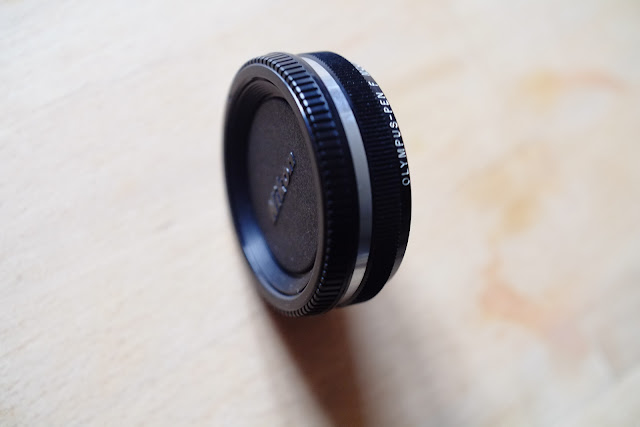 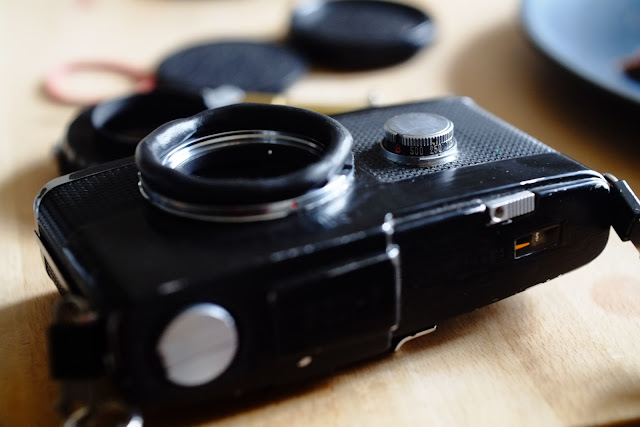 I bought an adapter which enables you to use Nikon lenses on a Pen F at some expense (€40), which had visible screws on both mounts. This meant that I would be able to easily unscrew the Olympus mount ring and attach it to my lens.
The next step was to open a packet of Sugru and curl a 'snake'. 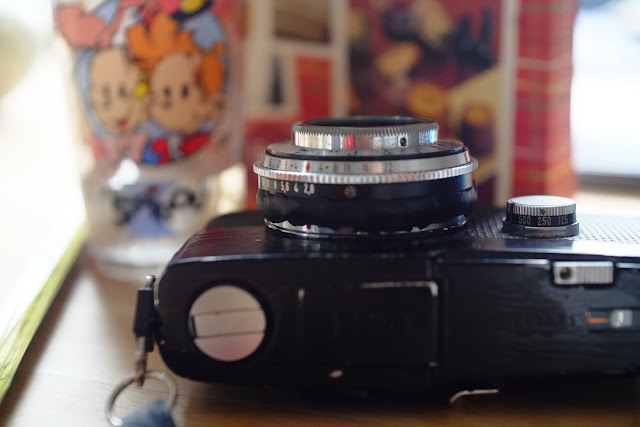 And with slight pressure I then pressed the lens in place and checked the viewfinder for focus at 1m and ∞. I then added more Sugru to fix the arrangement. Overnight the clay had dried so the lens was ready for use after some trimming of excess Sugru. 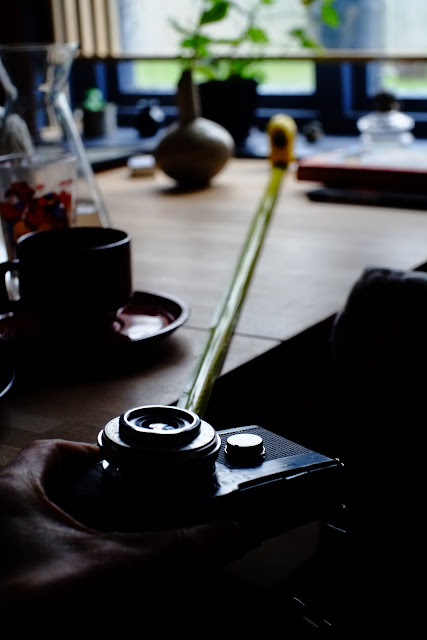 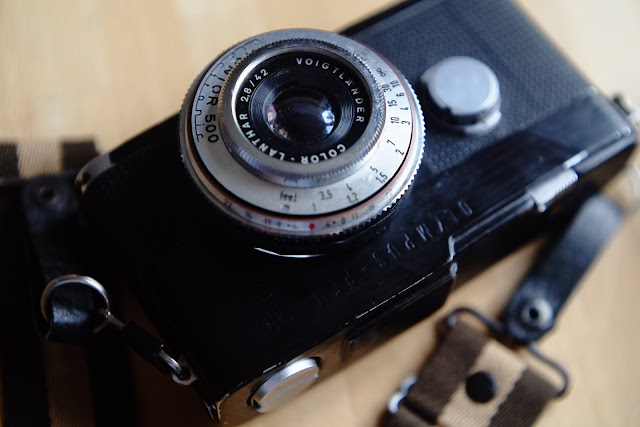 Visit my Etsy shop for cameras and related stuff.
And the facebook group on modding lenses and cameras.