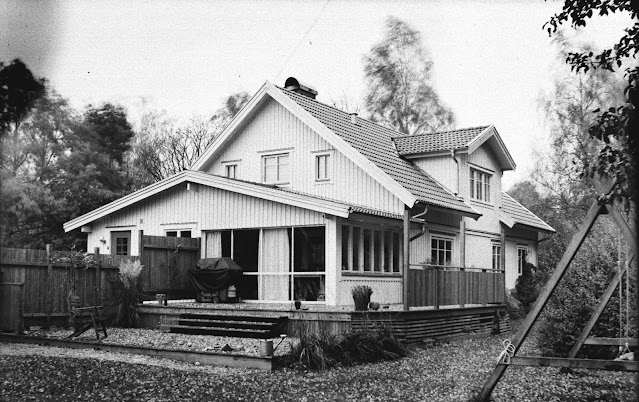 This is my brother's home photographed with an advanced old box. 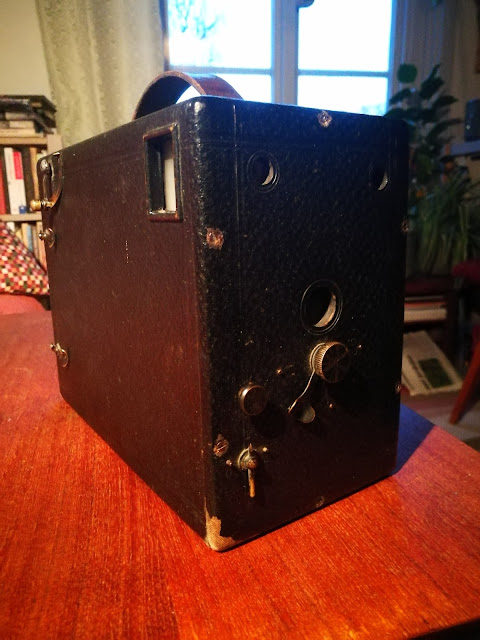 It looks like any old wooden box camera from too long ago to care about. But reader(s) of this blog know that the light shines brightly on the odd stuff here.

This is a multi-photo device. You load it with up to eight glass plate/negative/paper holders which are then exposed in succession before you take them out (in the dark) to develop the photographs. [Someone on Instagram called it a 'falling plate camera' or a 'detective camera'. That's something I'd like to know more about.] 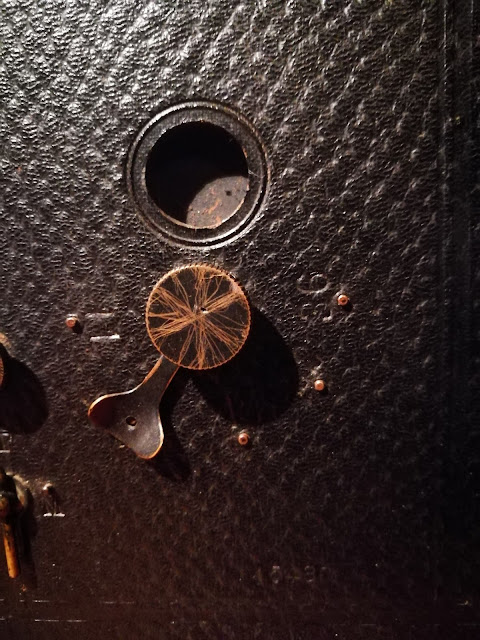 On the front face of the camera is the hole for the lens (which is covered here). The wheel below is the shutter crank. The arm jutting out from it is the aperture control, which is placed in positions f/11, 14, 22 or 36. 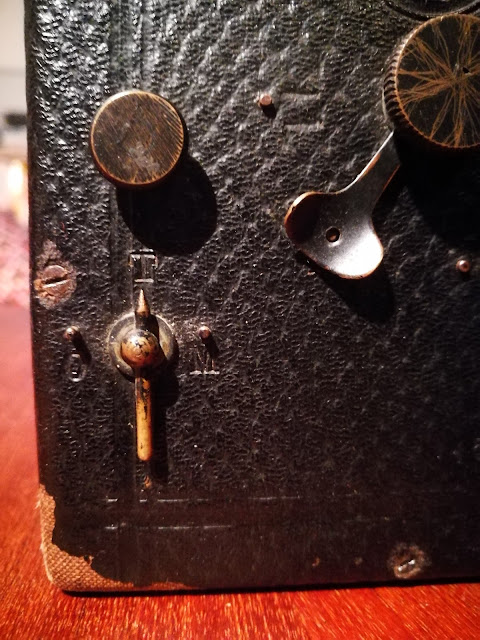 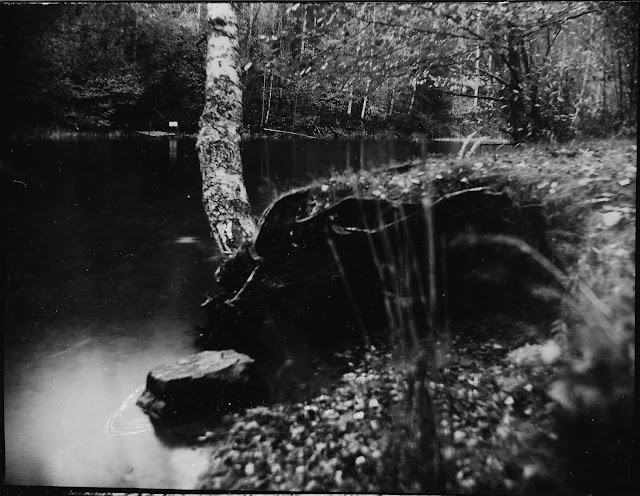 The above photo is the first I made with the Express camera. 4 minutes f/11 @3ASA on Harman Direct Positive paper. Having used the positive paper for a bit the last months it is difficult to nail the exposures. Also older lenses are sensitive to strong light sources, resulting in halos or just bright misty areas, as can be seen in the below photo taken just after the first one. 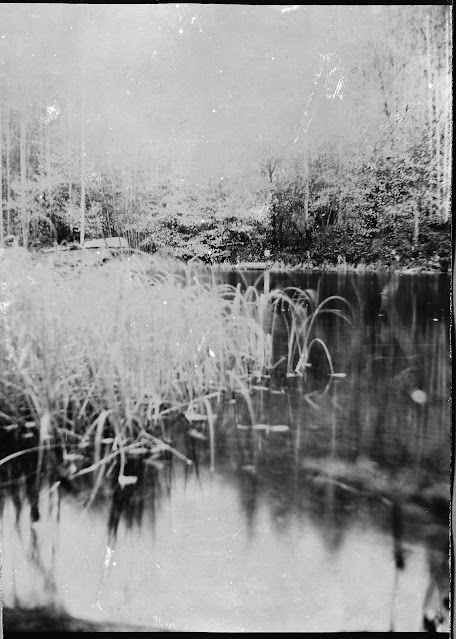 The lens has fixed focus, and requires objects somewhere at 4 meters and beyond if you want sharp photographs. 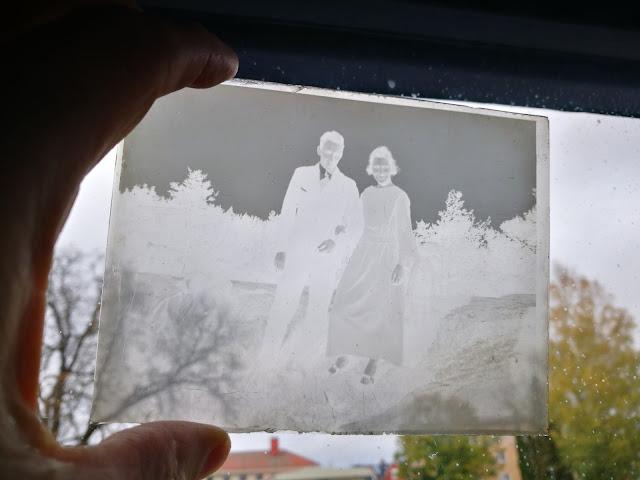 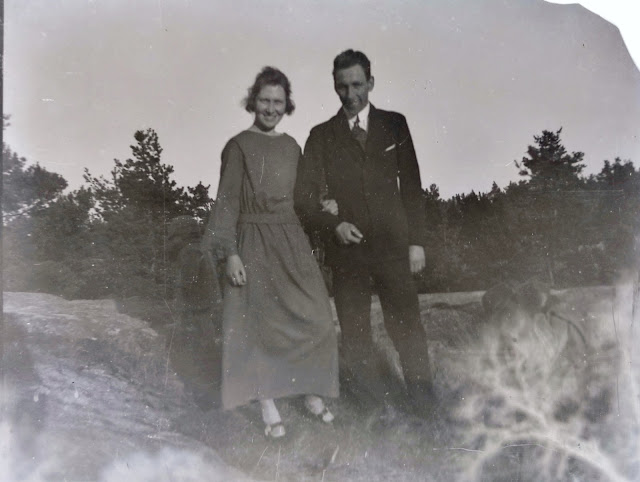 This glass plate sat inside the camera. The photographer did a good job, I think, nailing focus, maybe at f/22. The subjects moved though.

Photographing my brother's house, for his fiftieth birthday, I loaded the film holders with Ilford 125ASA film. Exposure is much easier to nail with film! 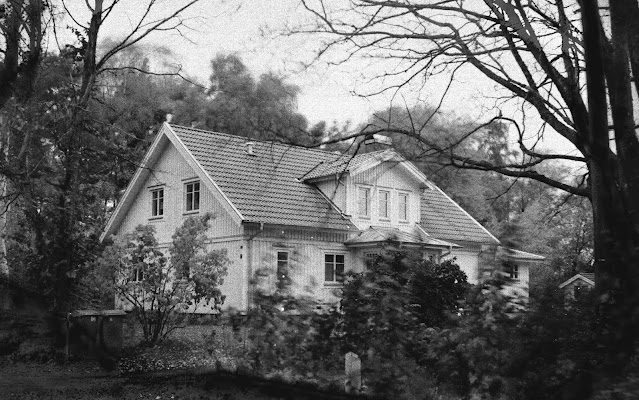 This one's a bit cropped because I botched up the developing somewhat, creating uneven development in the emulsion. The film is so much easier than the paper to handle in editing. I aim to use the positive paper to make finished originals, but that is easier said than done. Every step of exposure and development is important and one mistake can capsize the finished photo. 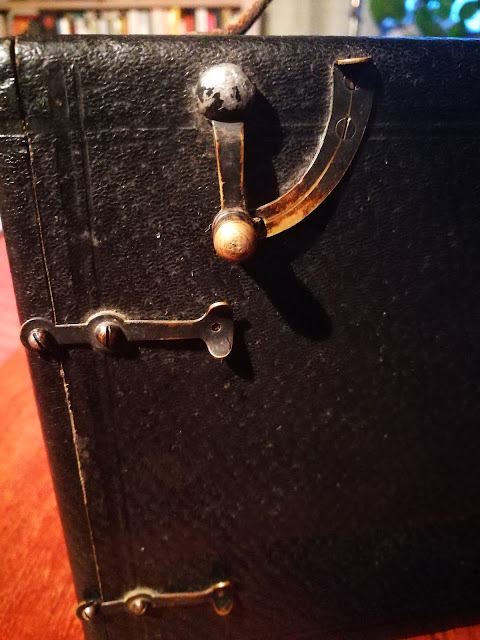 Top, you can see the swinging arm that 'reloads' the camera. Inside is a spring that pushes at the film holder, to get them in position. The arm contols the release latch which disconnects the exposed (frontmost) film holder which then falls 'face' first into a compartment.

The viewfinders - there are two - are very good; large and bright (and easily accessed to be cleaned). There are two tripod mounts. 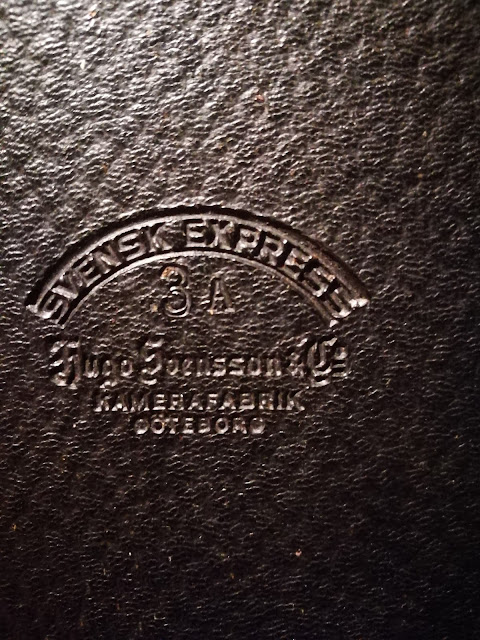 I'm glad you tagged along! Check out my Instagram. Visit the photography shop getOBphoto that I run at Etsy.