Polaroid Land 80A Highlander - Exposing on Paper and 120 Film Conversion 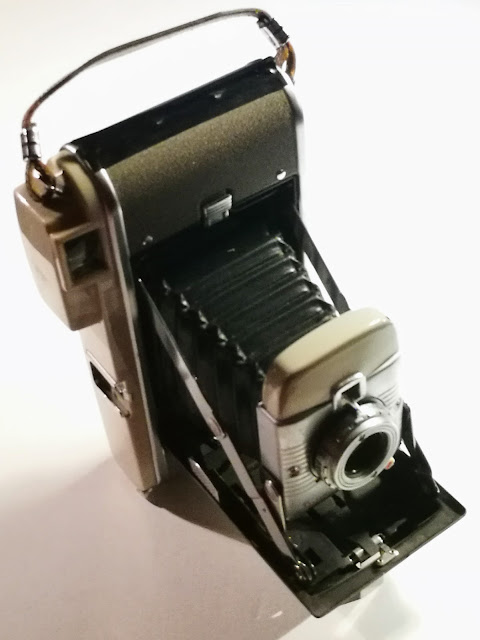 Never one to hesitate to try new camera mods, and having recently gotten smitten by the cheap large format alternatives and characteristic lenses that older Polaroid camera models offer, I have had the opportunity to try the Highlander.

The Polaroid model 80A was the smaller alternative Polaroid instant camera sold in the early 1950s. It produced 6x9 cm peel-apart photos that developed inside the camera. The film was made up of one negative which was squeezed together with one layer of chemicals. Analog Resurgence recently posted an informative video of the history of the roll-film Polaroids. 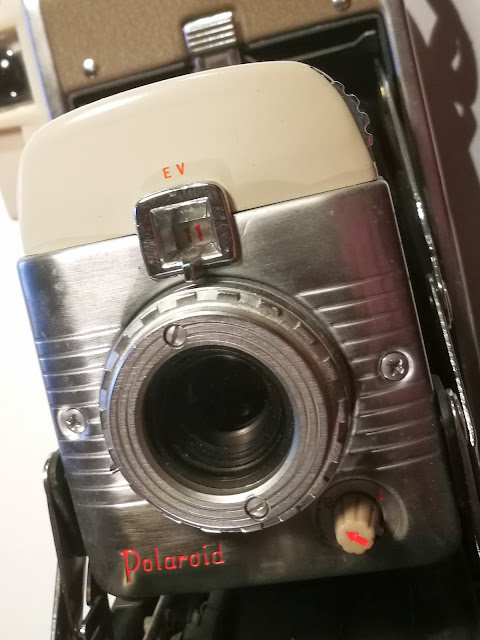 You expose for the EV value (see '11' inside the little square window). 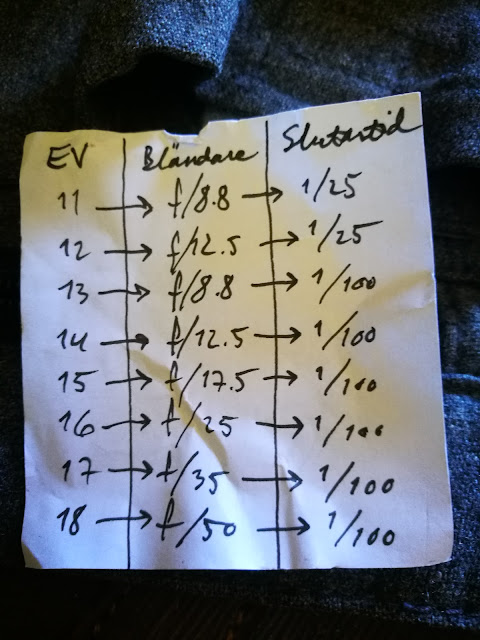 I bought mine for a bargain price via the Swedish major auction site. Well, a bargain for someone who knows what the camera can do. Most people just think it obsolete and useless. I had done my research, in part preparing for my other Polaroid mod with the pack-film cameras. My intention for this camera was to convert it to take rollfilm in medium format. There are several tutorials on how to do it out there.

First exposures, on paper and film

Before conversion I brought it on vacation for a week on the West coast of Sweden where I trialled some paper positive and paper negative exposures. I did the development in Caffenol in the darkness of the communal shower. The resulting images were so-so since I had no tripod and papers with low ASA (3 and 0,15 respectively) combined with a maximum aperture of 8,8 made for several seconds long exposures even in daylight. Positive paper exposures need to be spot-on, or they go over-exposed. However, the experience was meaningful, learning the ropes of the camera and working real slow with paper exposures. 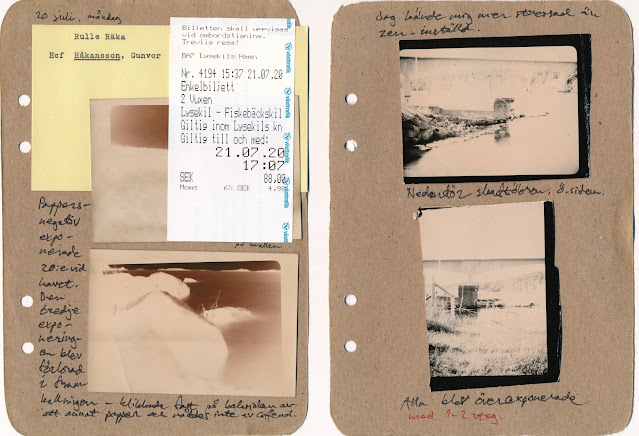 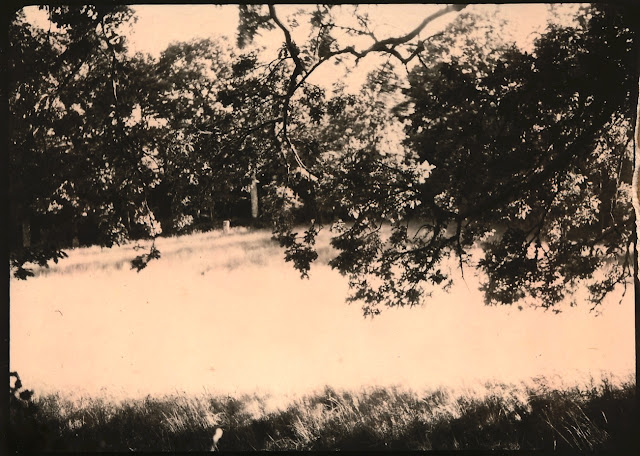 I made the beginner's mistake of choosing really constrasty subjects. The positive paper needs a lot of help with dealing with contrasts, I later read. I do like the above photo a lot, though. 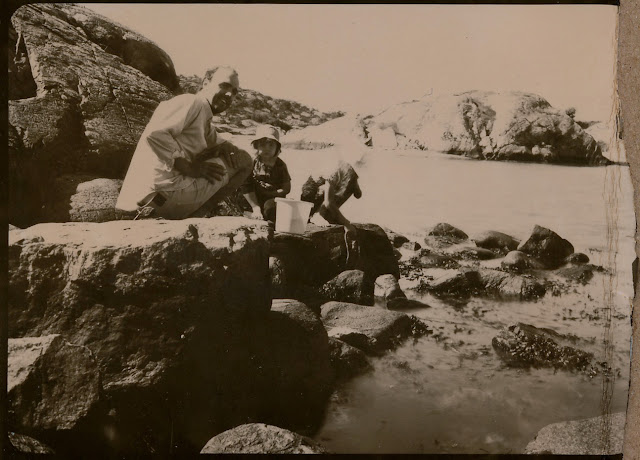 Below are the first successful 120 film exposures, though using the Mike Eckman 'pulling-out-the-backing-paper method of winding (which I do not at all recommend. Everything very easily goes all curly-whirly in the wrong places inside the camera). They are the only distinguishable exposures from two rolls of Kodacolor II 200ASA @ 50ASA, caffenol development (instant coffee and rosemary versions respectively). 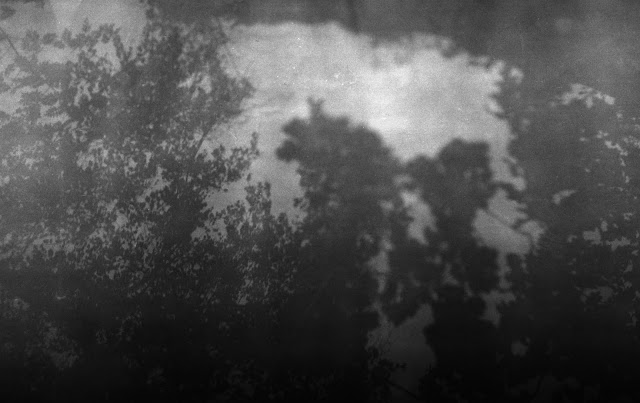 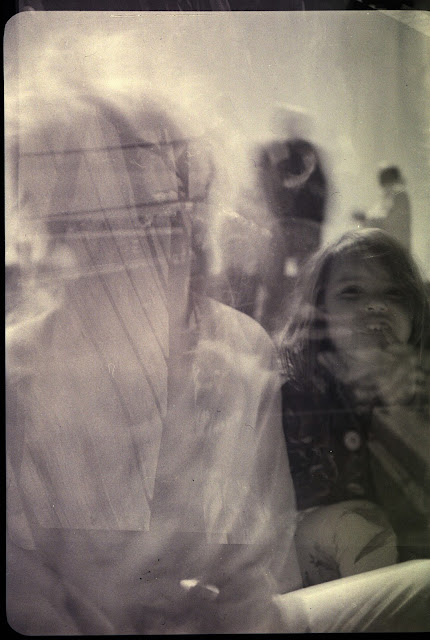 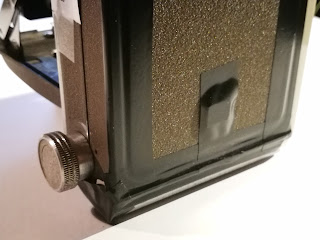 Recently I brought the 80A to the workshop at my job and drilled a hole and cut away some now obsolete sheet metal details so I could add a winder for 120 film. It took some fiddling and filing but now I have a working camera. I didn't (yet) make a hole to keep track of the numbers on the backing paper. I do some counting of turns instead when winding.

Below are the first exposures made after I added the winder knob. 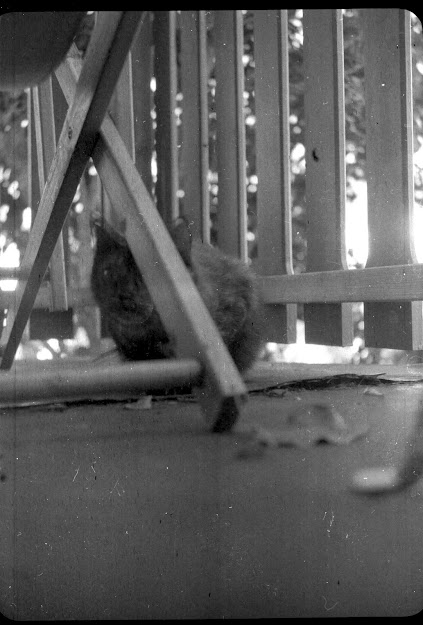 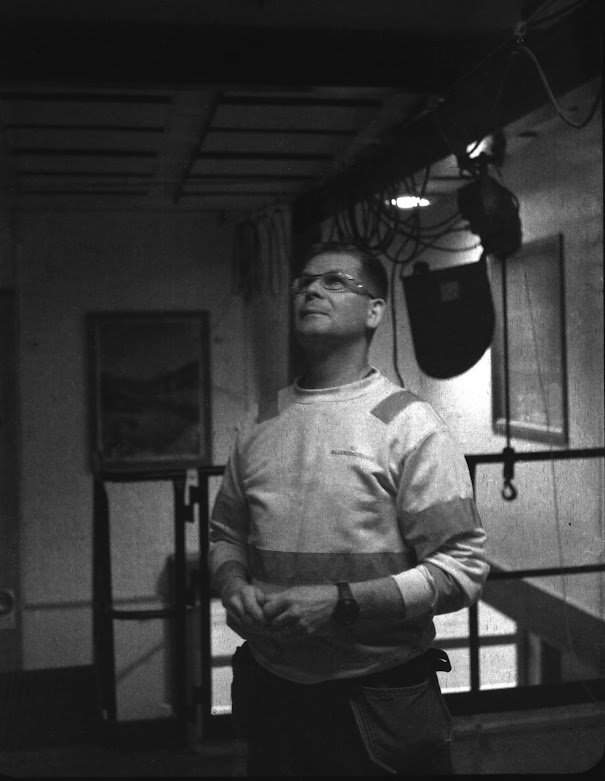 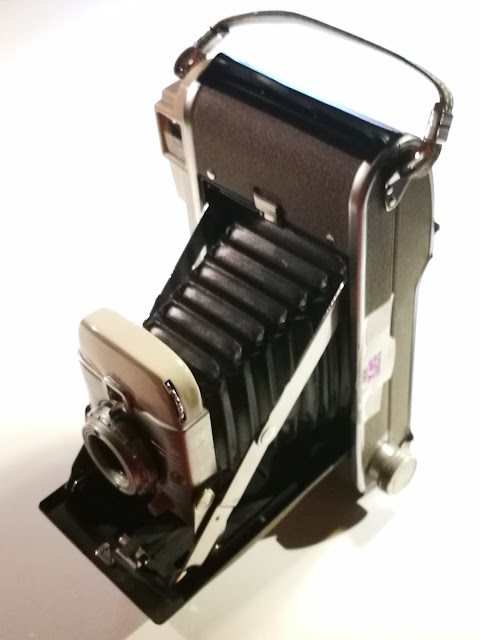 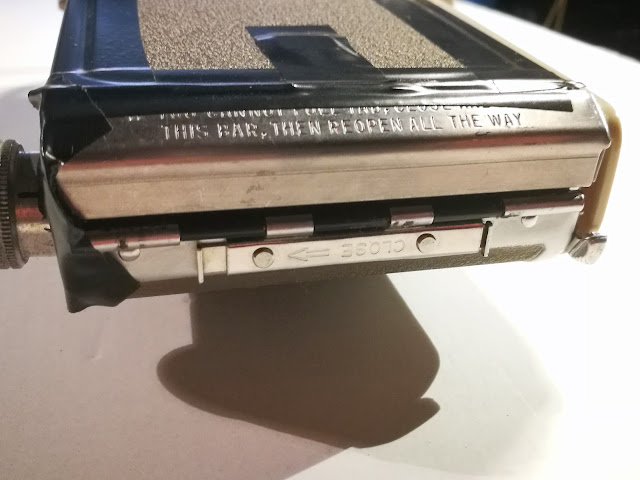 In the above picture you see where the Polaroid backing would be pulled out back in the day. Inside now is the take-up spool. The 'bar', top, is lifted, and the lock, below, is slid when the camera is opened.

Fast-forward two weeks and below follow my next result, from a roll of Lomography Earl Grey 100 ASA. Developed in fresh rosemary (instant coffee replacement) developer. Actually this is the only of three discernable exposures from the film. I was having trouble with my light metering, not being used to long(ish) exposures. 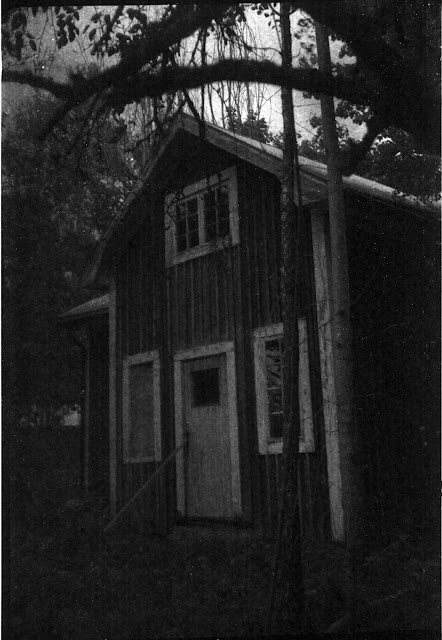 Well, now I'm on my way with this camera. We have lift-off! I will make a window to see the frame count on the backing paper next. I'm excited to work in this format. Also I am excited to discover the world of longer exposures - and about getting to know my tripod.

I'm glad you came along! Comment here or at my Instagram. Visit the photography shop getOBphoto that I run at Etsy.