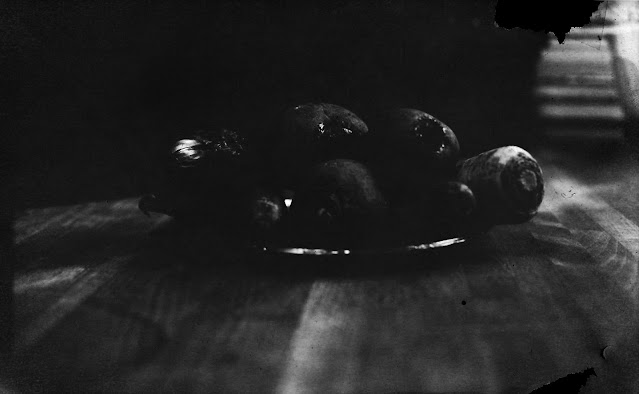 I may have found the photographic process which is the exact opposite of instant film in the Polaroid vein.

The fact that I use a Polaroid Land Automatic camera for this project is certainly an ironic detail.

I named the camera Dallroid since the lens mounted on the Polaroid Land Automatic 230 is a Dallroid 4' lens. It was made for an enlarger but works perfectly the other way around. It certainly adds a vintage look to both the camera and the photographs I make with it. The lens has an aperture range of f/4,5 to f/ 32. As you can read in the last post on this subject I added a manual shutter to complete the 100% control of operations that I want from this camera. 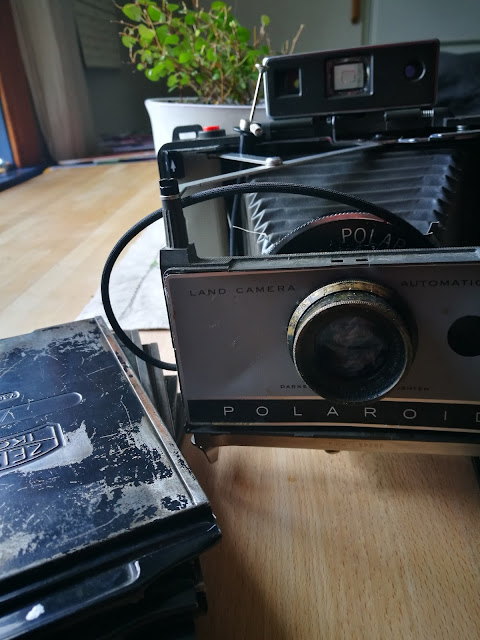 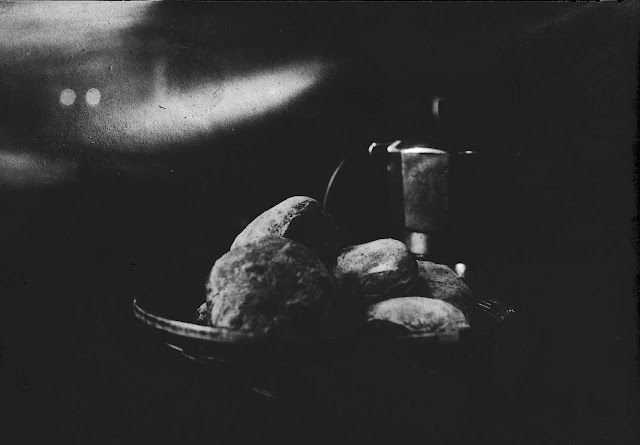 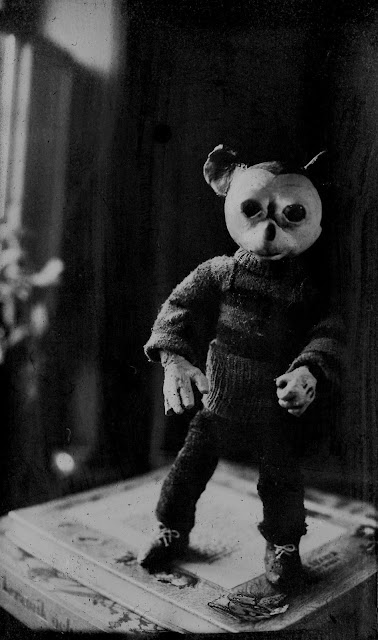 My film of choice for the Dallroid actually isn't film. It's photo paper. I have tons of expired 7x11 cm size photo paper which I've rated at ASA 0,007 - that is seven steps below ASA 1. We're counting minutes of exposure even in daylight. So, the process is producing paper negatives.

It's sort of the opposite of instant film. 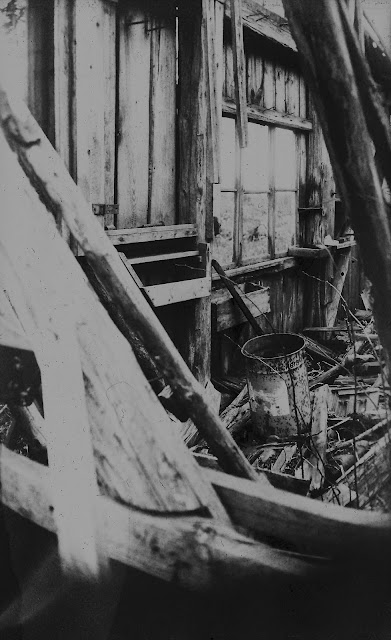 Above is the first proper location photo with the Dallroid kit. One big advantage is that I can use the camera even though the tripod is well below standard, because of the minimal weight of the plastic body and the small lens.

Below you see one of the first Dallroid exposures on paper positive (Harman). On the occasion I had trouble with overexposure (and light leaks), but on the plus side managed to figure out how to post-flash the papers in the developing session. 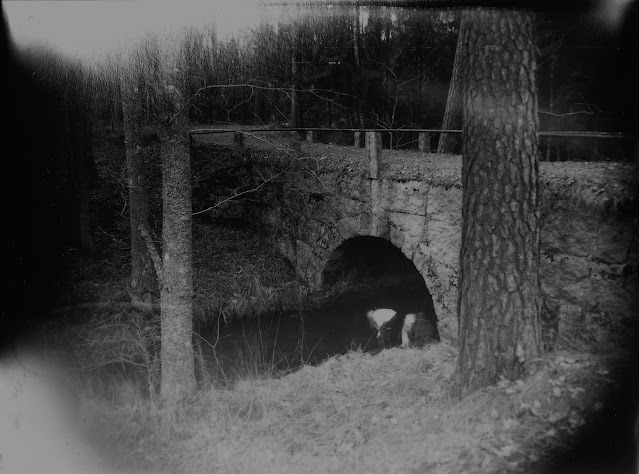 This is an ongoing story. I suppose I've strayed rather far from Packfilm by now. Maybe I'll name the next post Large Format-something...

Check out my IG and my Etsy shop!