Off the Beaten Pack - My Adventures in Packfilm Part 4 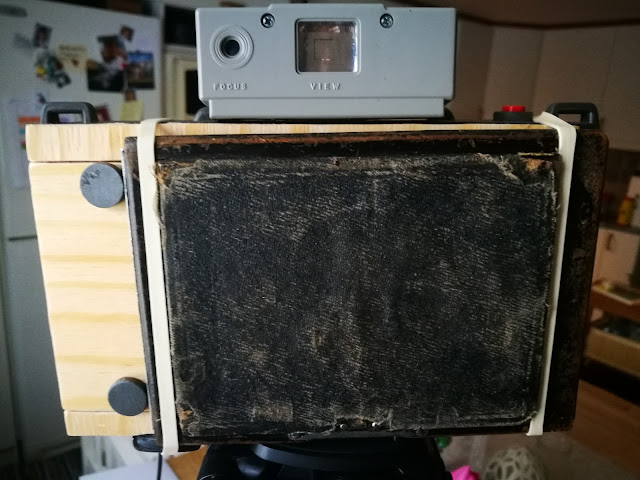 This is actually where I depart from my Packfilm adventures the second time. (This is the first.)

The process of converting a packfilm camera to take another format, which started with my attempt at making an adapter that transports medium format film to the film plane of the Land 103/210 camera, has now arrived at the 9x12 cm film format. 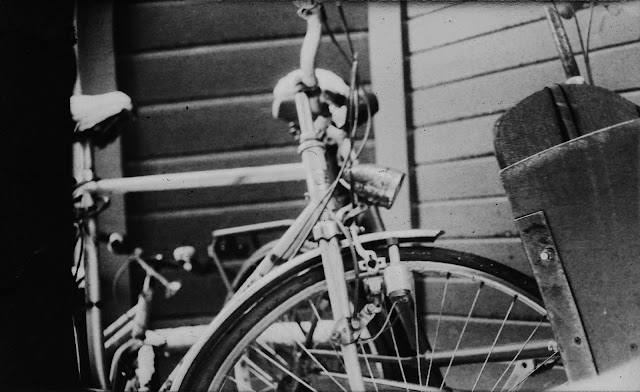 The above photograph was made with the process of exposing a photo paper in a sheet film holder (actually a glass plate holder). The - albeit small - film holder is too large to fit inside the Polaroid packfilm camera model(s) at hand. Thus I am not able to place it at the film plane - that is, where the lens projects the image in Focus. I had to come up with a solution to move the film plane. That means: Move the lens closer to the camera than what is intended by the manufacturer.

Lucky for me the camera is collapsible, it folds into itself to make it portable. My idea was simply to move the film plane back, using an empty packfilm cassette as a spacer. Using the camera's lens movement when in the collapsing mode, I could find focus even when the film plane was moved. 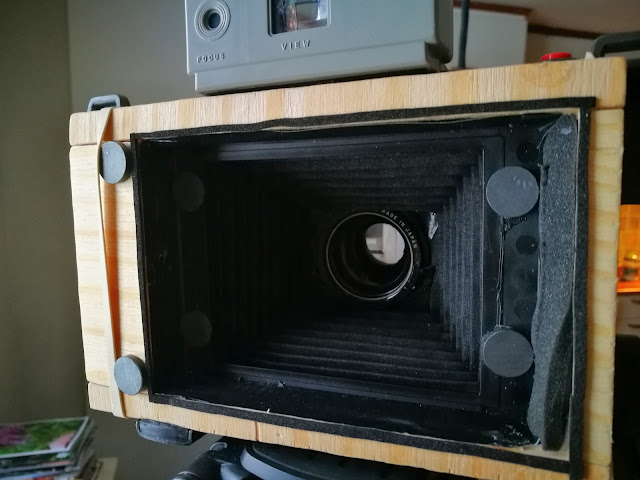 You can read more about the basic layout of functions for the camera model in the post about my recent foray into packfilm.

In the above picture you can see that I've attached a wooden board to the frame part of an old packfilm cassette. The round magnets help it to sit in place in the film plane position. I used  black gaffers tape to attach the board to it, and strips of light sealing foam for light sealant. So far Postman's rubberbands are what holds the film back and cassettes in place. 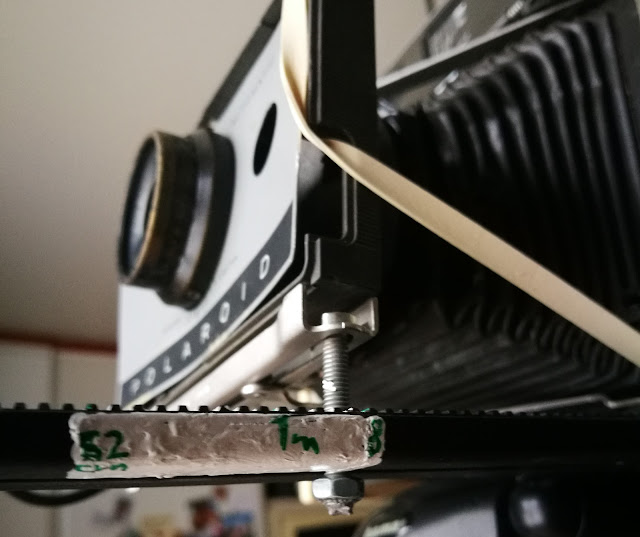 That also goes for the focusing mechanism. Here's how it works:

To attain (infinity) focus I need to move the lens closer to the original film plane than was the intended design for the camera. The lens board movement of the camera has two original ends/stops: At Infinity and at 1.1 meters. When you'd want to collapse the bellows to pack it away you need to unhook the arm that controls the movement of the lens board. (I.e. you push the lens inside the camera body letting the bellows inflate.) This unhooking of the arm (from the actual infinity stop) allows the lens board to move closer to the film plane - i.e. towards the new film plane.

I made a crude solution to mark up the new focus stops by attaching a bar with distance markings, and a bolt to align them to the lens board. See the above photo. 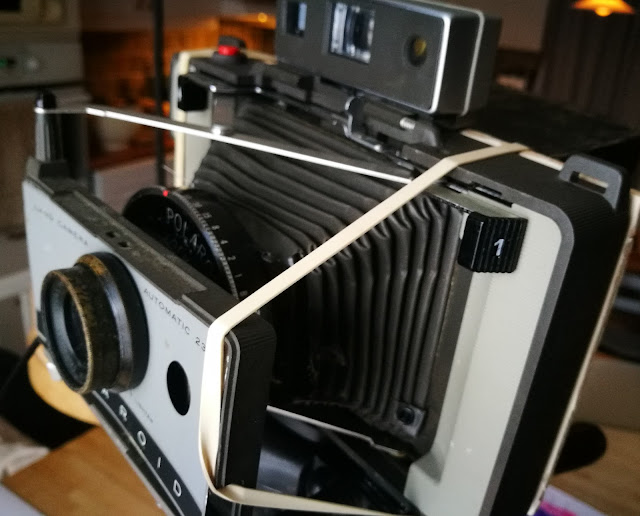 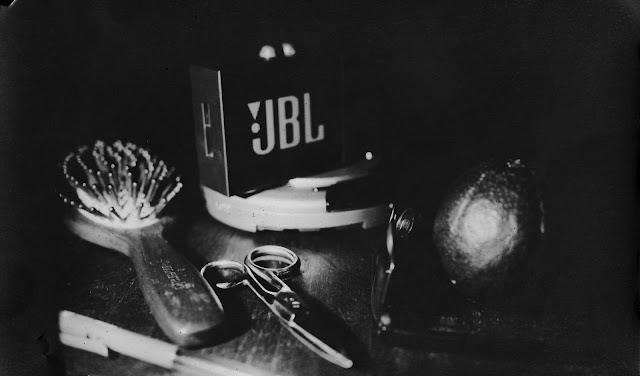 The first two test exposures. I used an expired photo paper, but that's another story. 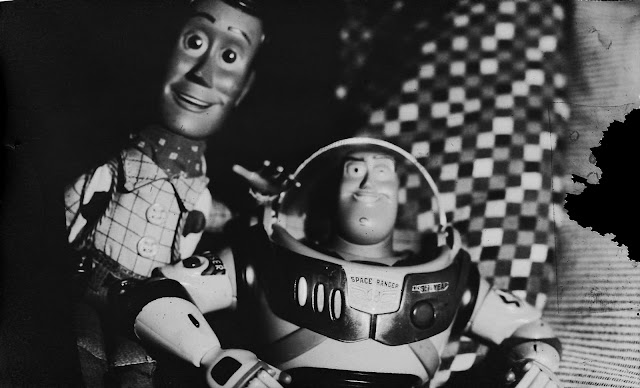 I own seven single film holders for 9x12 film/paper and two double holders. I also own a 9x12 roll film holder (for an ancient format) that I can use on this camera, loaded with 120 format film. The possibilities seem endless!

Thanks for riding along! Don't hesitate to comment or check out my Instagram at ourbooksmalmo. Visit my Etsy shop getOurBooks where cameras and other photography stuff are for sale.