Colour me Bland - How I Use Colour in Photography: Redscale and Whatnot 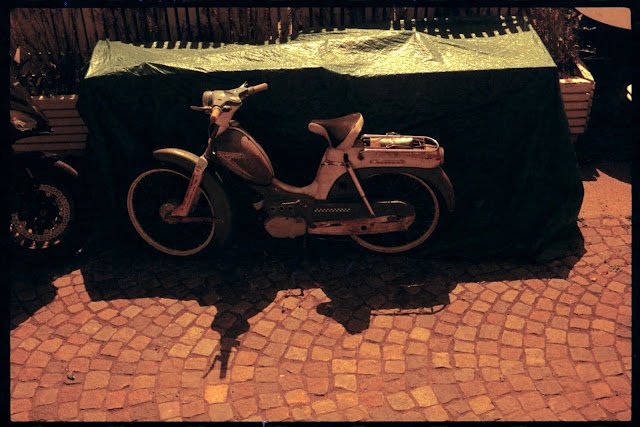 I used to be a keen colour photographer. It was in the pre- and early digital age when developing (and copies!) was unexpensive. For many years I frequented the chosen labs on a weekly basis, handing in my single-use cameras, while being told to pick up the photos in a day or two.

Things changed. There came a day when I made a calculation. I would ditch colour film altogether, and instead get me a digital camera for the family photos. My private photography was too expensive for film.

Jump ahead five years: Nowadays I am very choosy when exposing colour film. It would have to be for a specific purpose like a vacation or a very urgent experiment. For economical - and artistic - reasons I am now a b&w photographer. Here I will talk about my colour photography.

I am a black & white photographer. That is a fact that hits me those few times that I make exposures on colour film, or in my digital camera (which is set to colour mode).

Photographing in b&w forces you to look for patterns and details that are kind of universal. You need to assemble a certain amount of pieces/feelings/inklings in a single frame to compose a photograph worthy of people's time.

When this approach is added to colour I realize how much training my eye has gotten from all the composing of b&w photos. It is very easy (though I'm not saying I am successful) to find the colour element that adds to the compositions. The massive amount of thinking/seeing in b&w teaches me to expose colour photographs.

Ralph Gibson (and others) said: Colour needs a friend. By that he meant that a strong colour element needs another colour to complement/compete with. I'm thinking that in b&w details/elements/lines/spaces/etc needs a friend to make an interesting photograph. For instance: 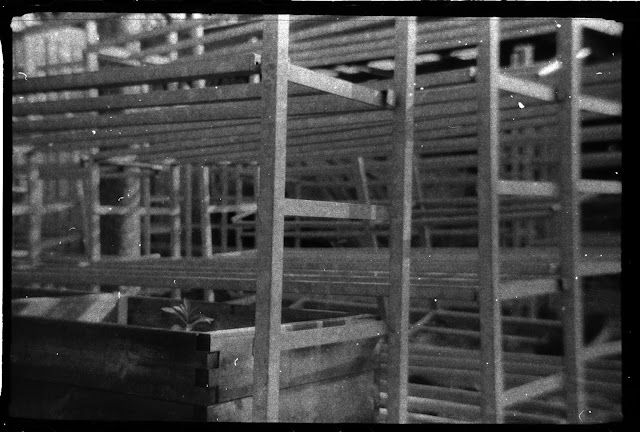 Please pardon the dust (and everything else). Here no colour is needed to empathise the 'message.'

My use of colour film

I want the colours to be 'wrong.' Yes, that's it. I'd rather not have colours at all than have 'normal' colours when I expose colour film. That's why I prefer to redscale my films. Or for that matter, process slide film as if it was negative film made for prints - cross-processing.

When using redscale or cross-processed film your colours go bonkers. Maybe not off-the-charts crazy but they become 'too much'. Of course you can correct them in post-processing but I won't. My photos aren't supposed to look exactly like the real world. They depict a possible reality which may be now or sometime in the past, in this land or in another.

I realized that I love expired slide film. I can either use it as a colour film or a b&w film.

There are some misunderstandings regarding expired film. Unlike with conventional colour film (as developed in C-41 chemistry) when I expose slide film I don't have to/want to add more light (the disputed rule of thumb, for expired films in general, is to add 1 step per decade since expiry date) to "help" the colours because of the chemical degradation that takes place in the film. Exposing slide film to more light than intended only burns out the highlights and brings out the grain, even if the film is expired (perhaps even more so).

(Adding extra light to expired black & white film also has a negative impact, burning out the lighter areas and increasing graininess. The discontinued colour slide film Ektachrome 64 actually has a layer of silver just like a b&w film. (Perhaps that's why it turns out so nice in b&w when developed in caffenol.))

Expired colour negative film often gets slightly off colours. So I don't mind using them. It actually doesn't have to be expired to have colours go slightly off - if you don't calibrate your scanner the colours will be off (as in image 2 and 3 in this post) anyway. I usually don't strive to 'correct' colours for a realistic rendering.

That's it. (Check it out on Youtube for tutorials.) Plus you want to expose it to more light than box speed. For a film with a box speed of 400 ASA I will expose it at 50 or 25 ASA. That is: I give it 300 to 400 % more light than when I expose it the right way around. That is because I want to get rid of the strong red tint. When redscaled the film will expose its colours in the wrong sequence, which makes the reds go really strong. So I like to 'burn' away the reds with more light. That's why my redscale photos often have a yellow or green tint instead of a yellow tint.

But with redscale - as I wrote before - the scanner can tip the scale in either direction, too.

The photos below are exposed with my Olympus Pen F and Helios 44 lens, on redscaled Ultramax 400. 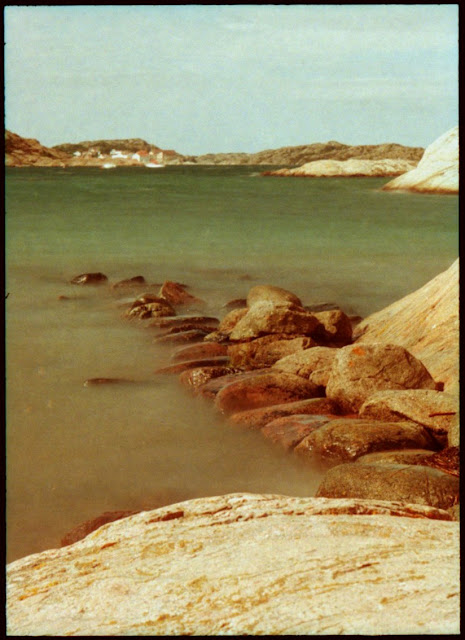 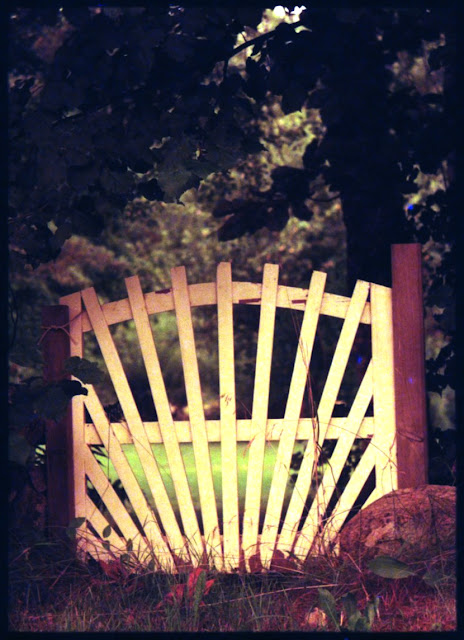 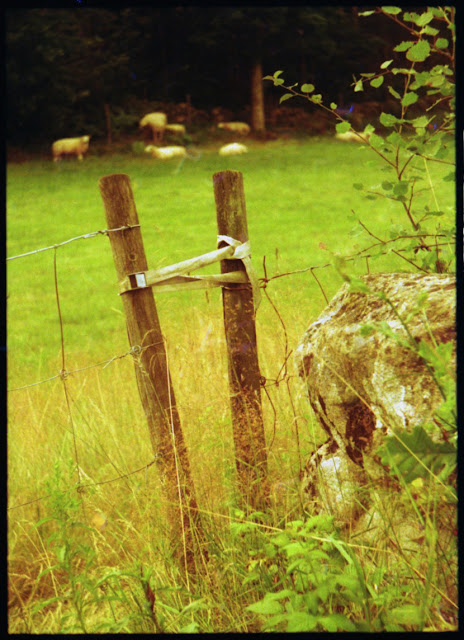 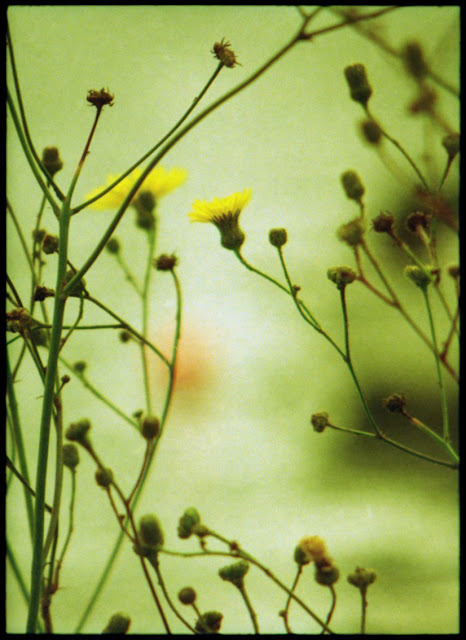 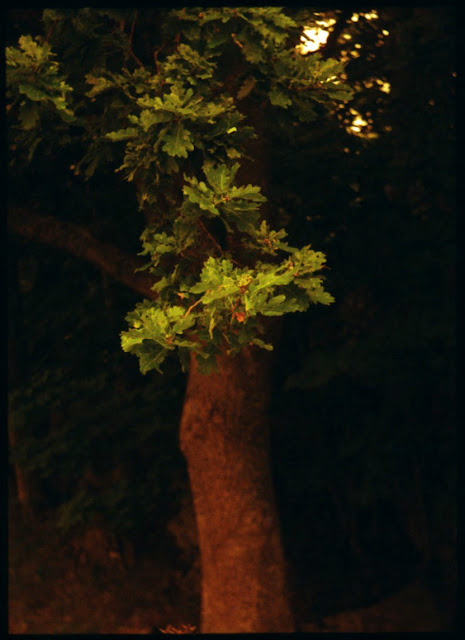 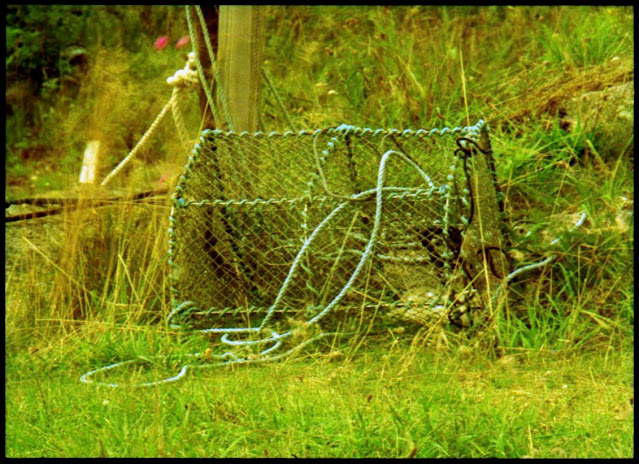 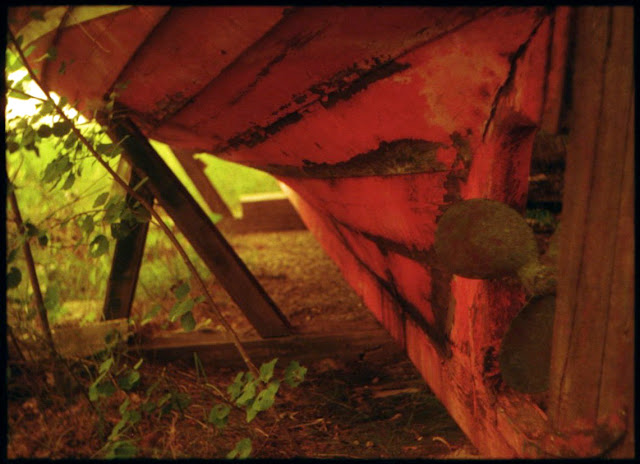 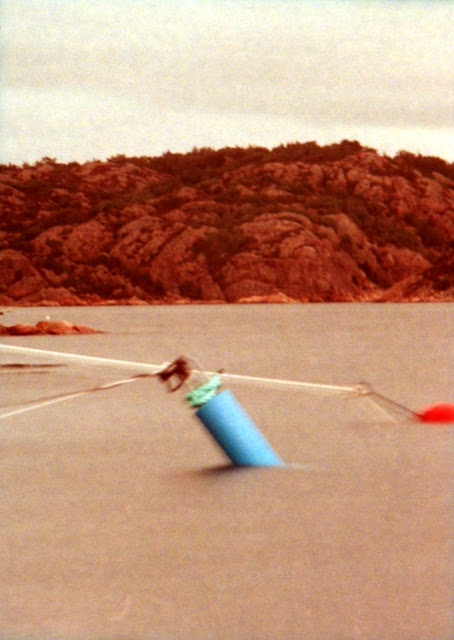 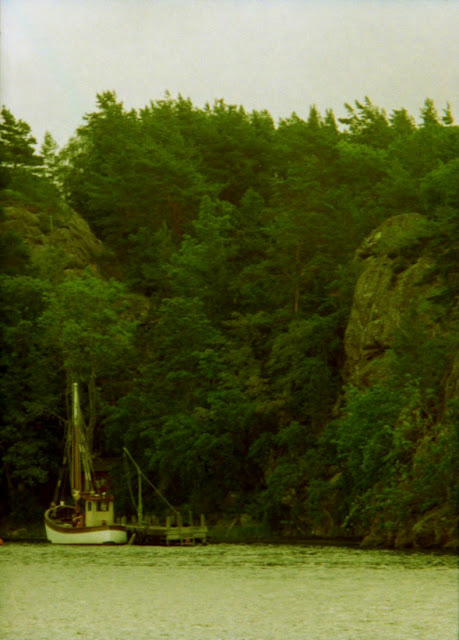 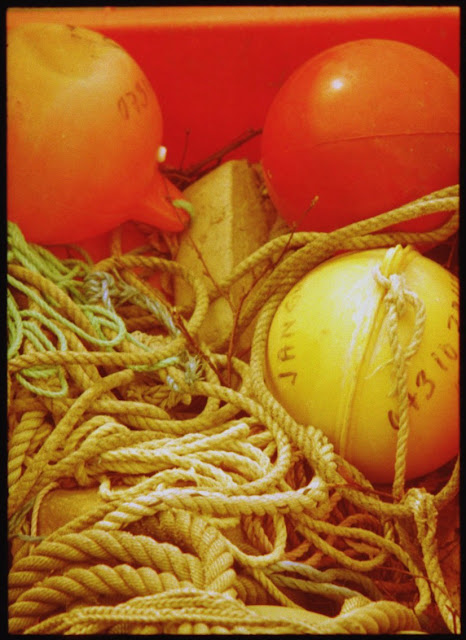 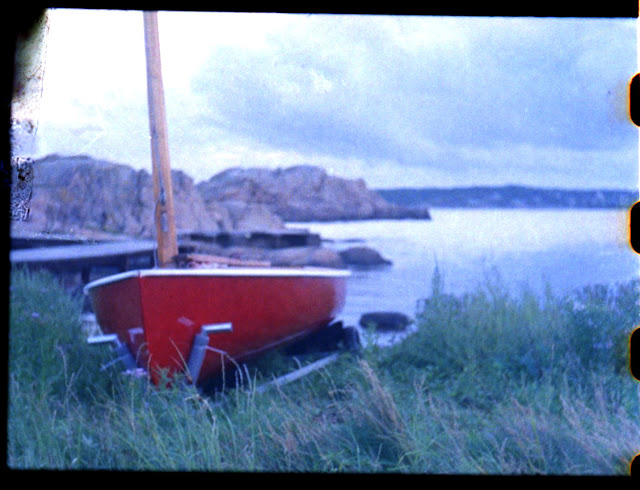 That's about it about colour. Thanks for tagging along!