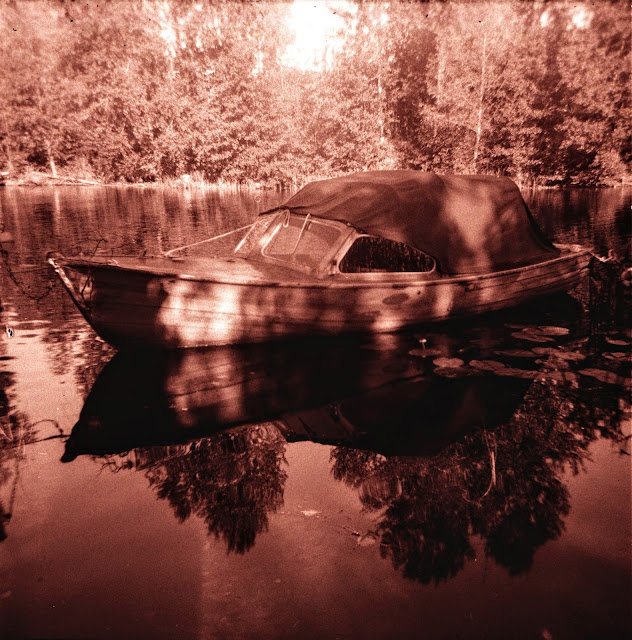 I found a camera in an antiques shop a while ago. It was a very simple one-setting TLR 620-film camera called Kodak Duoflex. That film type is not sold anymore, but I figured I could load it anyway - it looked like the film spools had the same size as 120 film ones. And I was right! When I sat on the train station to google the camera i found out that yes, the film type is obsolete; but also that it is the exact same film as the 120 format, though the spools are different. So a 620 roll wouldn't fit a 120 camera and the other way around.
Some more googling with diy-spirit found lots of advice how to file down spools or re-spool 120 film. 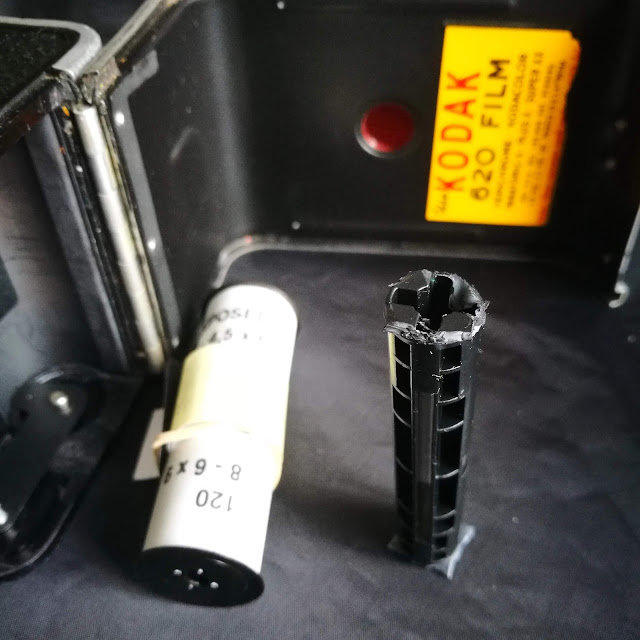 When I got home I pondered som more then put the camera with a 620 take up spool and a 120 film in my dark bag and did some breaking, then loaded the film.
I broke the too-big-for-620 spool 'caps' off the 120 film in the dark and loaded into the camera - and it fit; and worked fine. When the film was exposed the 12 pictures were on the 620 take up spool so I developed them as usual - in caffenol. 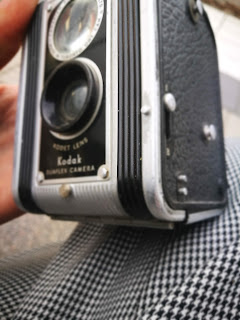 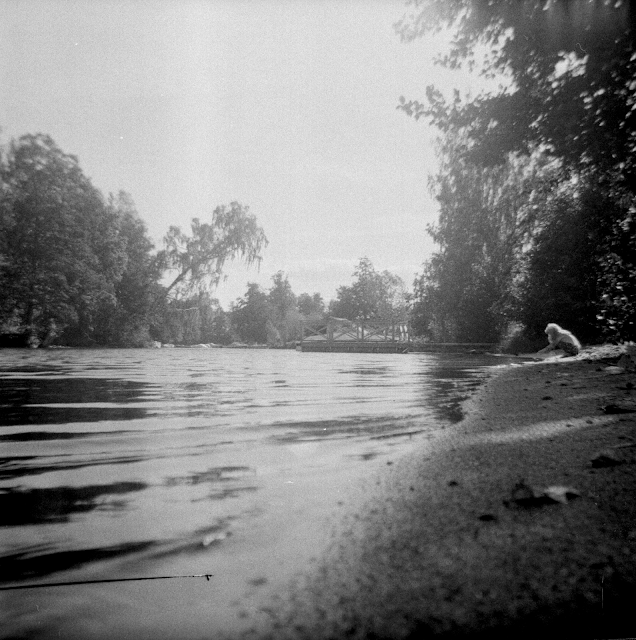 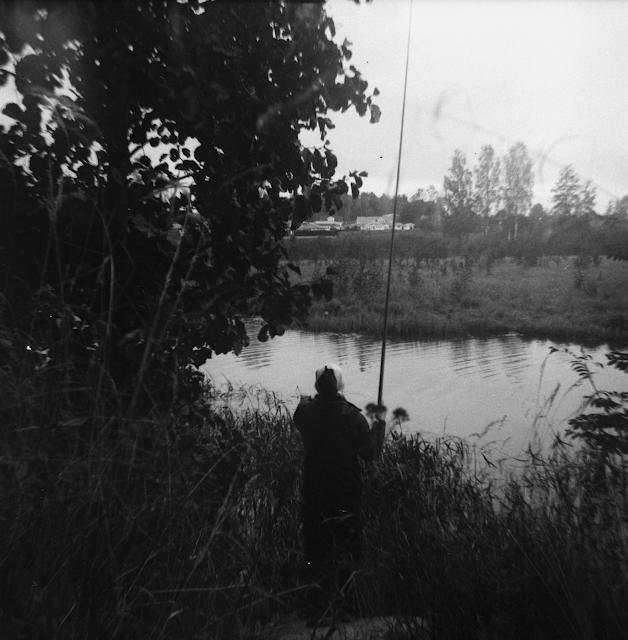 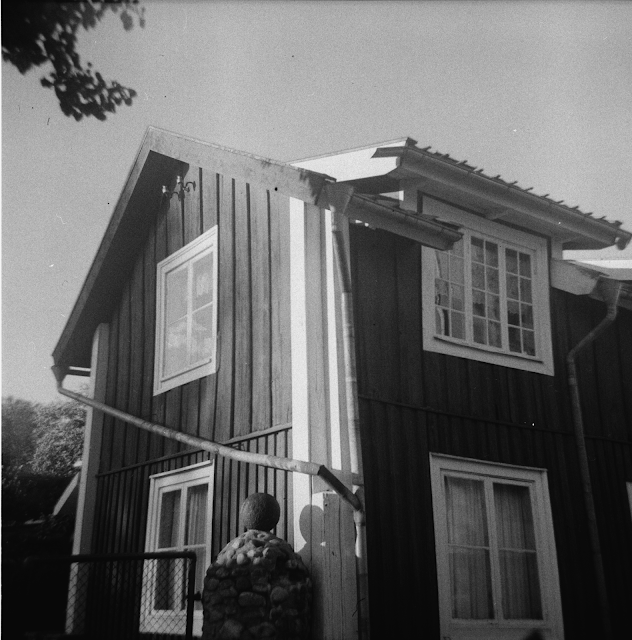 It works great as a snapshot camera. However using it made me realise I want to use my Seagull TLR - with a lot more control; shutter, exposure, focus!