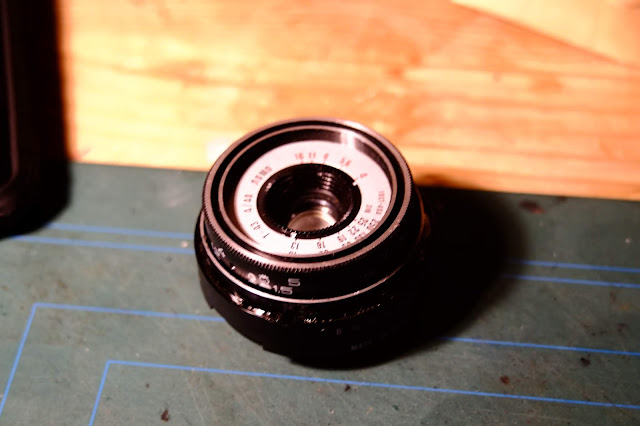 I modded a Lomo T-43 lens from a Smena Symbol camera to fit M39 mount.
Like my other mods from cameras with fixed lenses the most important ingredients are Sugru rubber clay/sealant and pliers. First, the pliers are used to remove the shutter mechanism. In all instances I've had to destroy the mechanisms in order to free the lens and the other important parts. 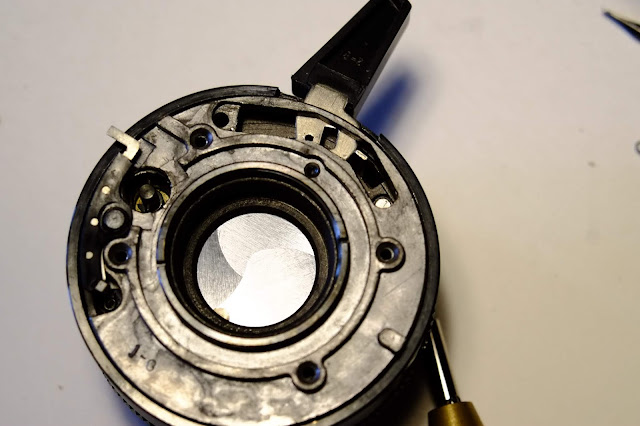 The shutter mechanism still in place. 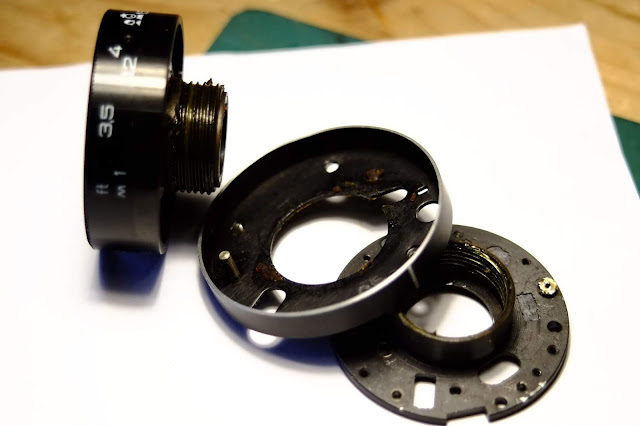 Above are the three important parts. I had to break off the plate surrounding the lens holder pictured on the right in order to get the lens holder close enough to the sensor/film plane since it is molded in one piece. The middle ring has a peg - to the left - that marks the close- and eternity focus and has a corresponding track on the underside of the lens barrel, to the left. I hope this makes sense... 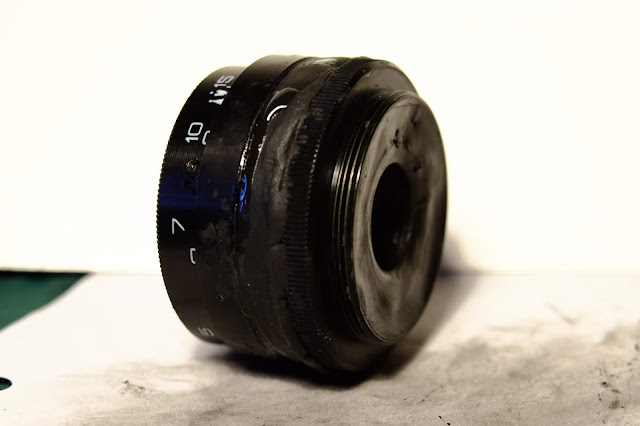 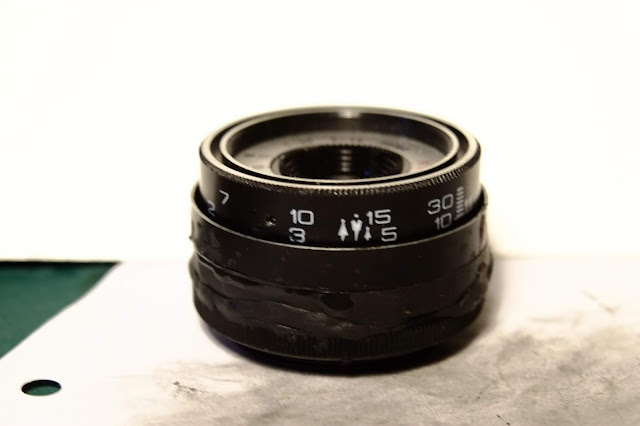 Above are the three parts assembled, combined with an M39 mount (e.g. a macro ring). The focus has then been established by finding infinity and 1 meter focus using my digital camera while fixing the lens holder with Sugru. Here I've filled the gap with Sugru. When it had dried I put a superflous ring to cover the clay. 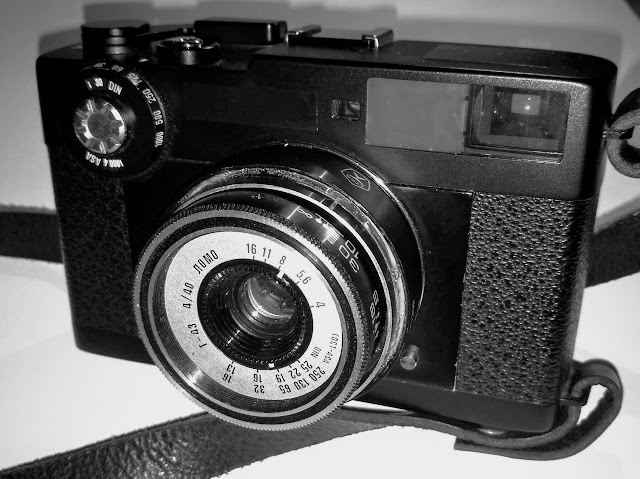 Here it is, mounted on an M39 mount camera (adapter). 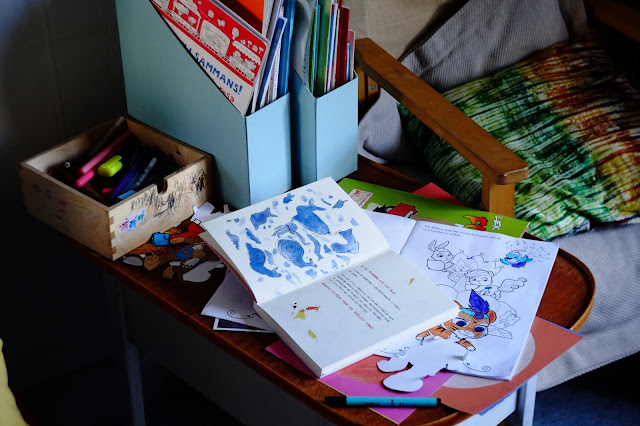 Above is a test picture I made with my digital camera that has a half-frame sensor.

Feel free to comment. Or buy the lens from my Etsy shop!
I also have a group on Facebook called Analog Photography & Camera Modding and DIY!