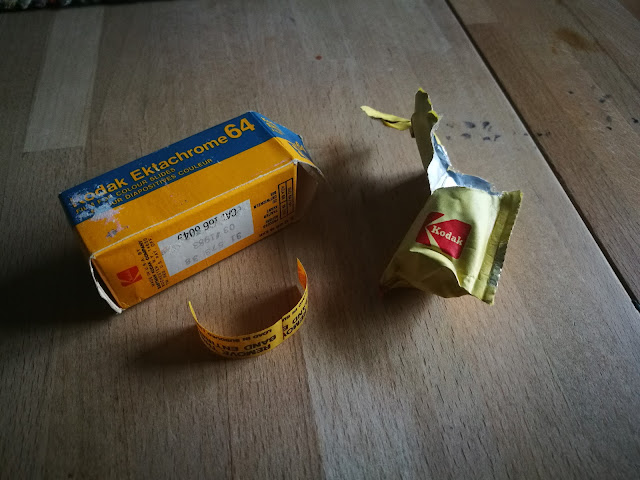 Hey, if I put it through caffenol, then that's a bunch of cheap film for an expensive system.

I got hold of some rolls of expired (1984) Kodak Ektachrome 64 for the 127 film system. That is a colour slide film from way back when, which shares its fate with loads of other photography (and the 127 format) in that it is based on technology which is available no more. There's no developing chemicals for the 64.
The rolls came as a bonus with other rolls of film that I'd actually paid for, so I didn't have to think twice before I decided to give the 64 a caffenol bath and see how it came out in black and white.
I exposed the film through my Yashica 44 yesterday and this morning, on my way to and from work, and mixed a new caffenol developer just before dinner. Below are the 12 photos from the roll - the entire roll. See for yourself if you think the idea was any good. 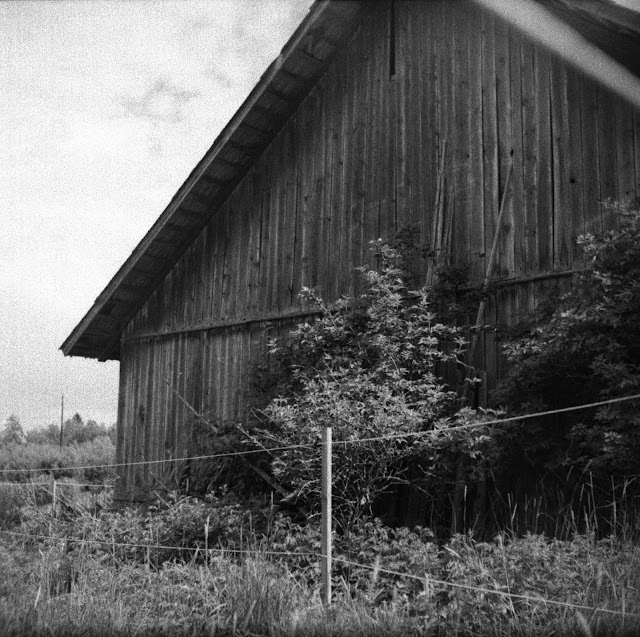 I have edited for more contrast on most of the photos. 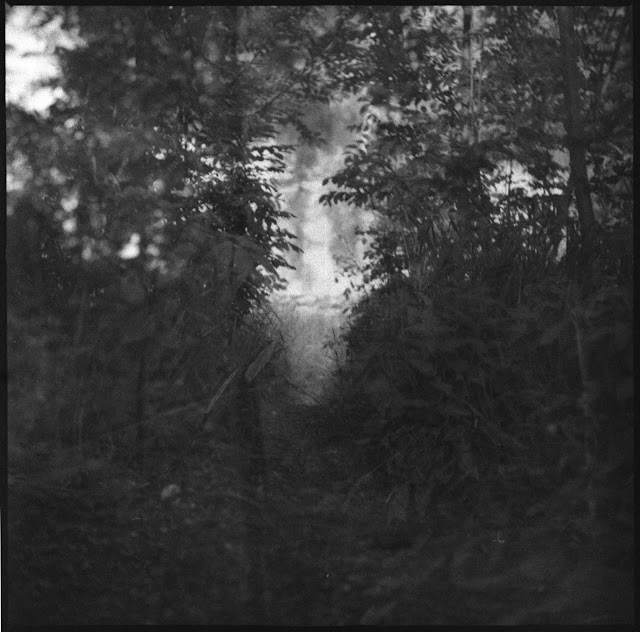 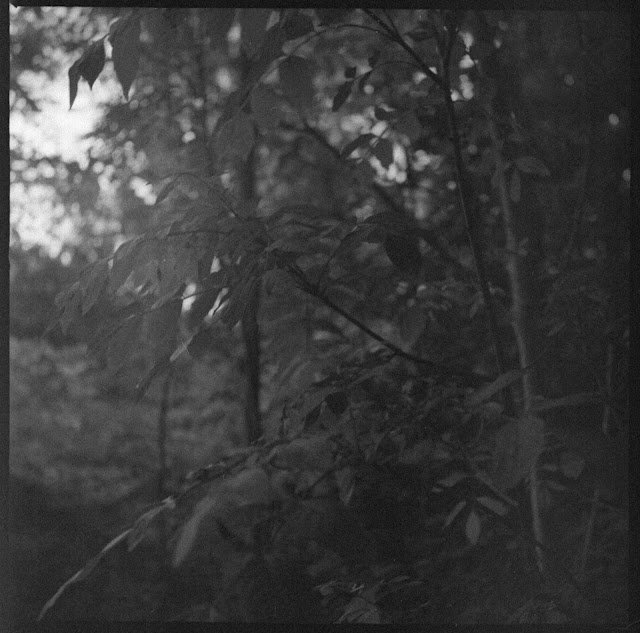 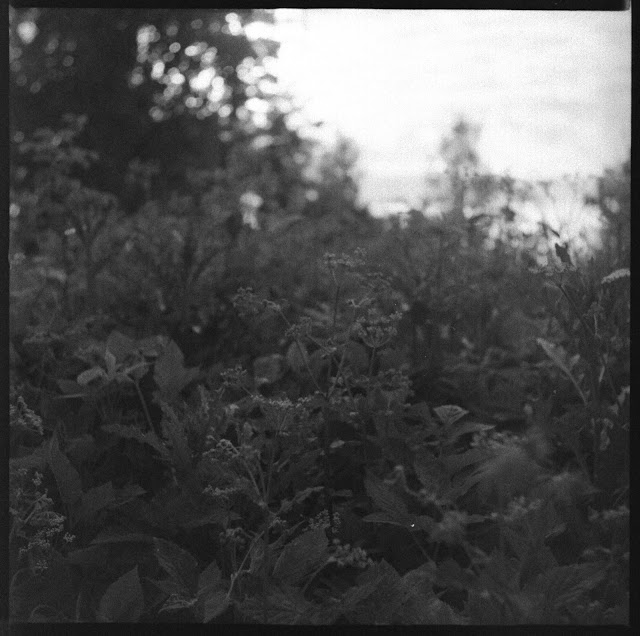 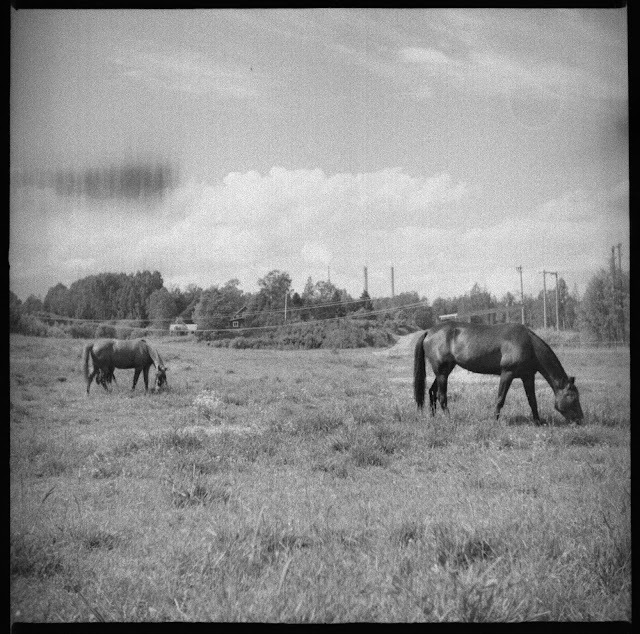 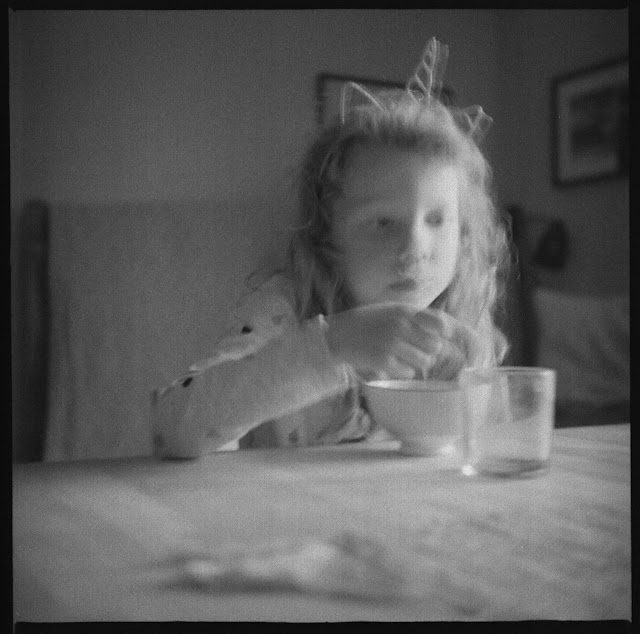 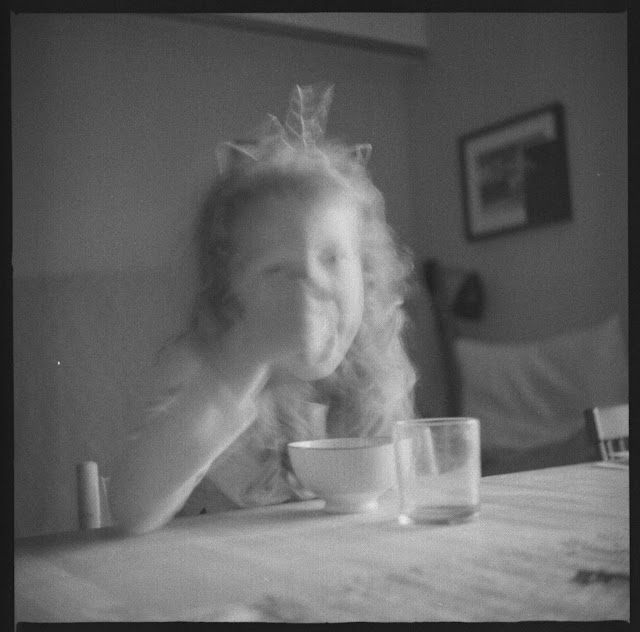 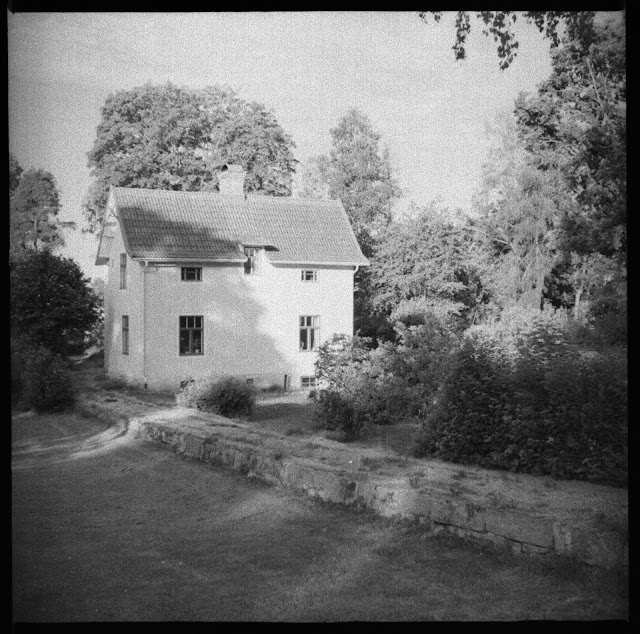 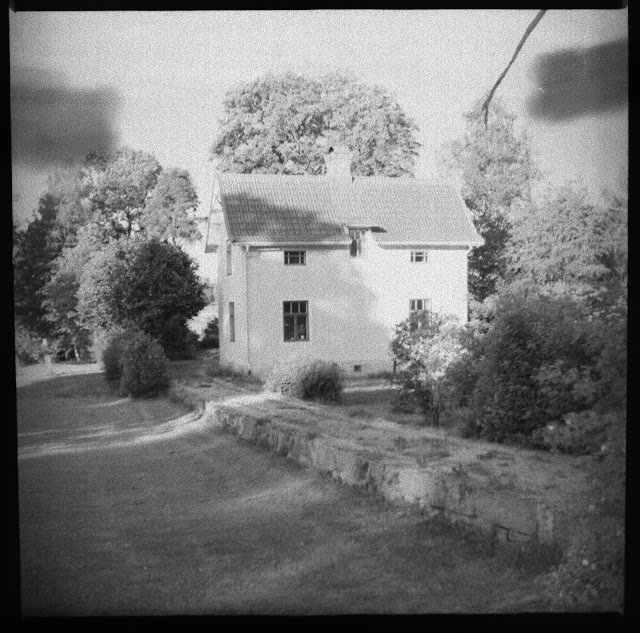 The black blotches on this and the horse photo are from the strip of paper which held the roll closed and which accidentally ended up inside the camera. 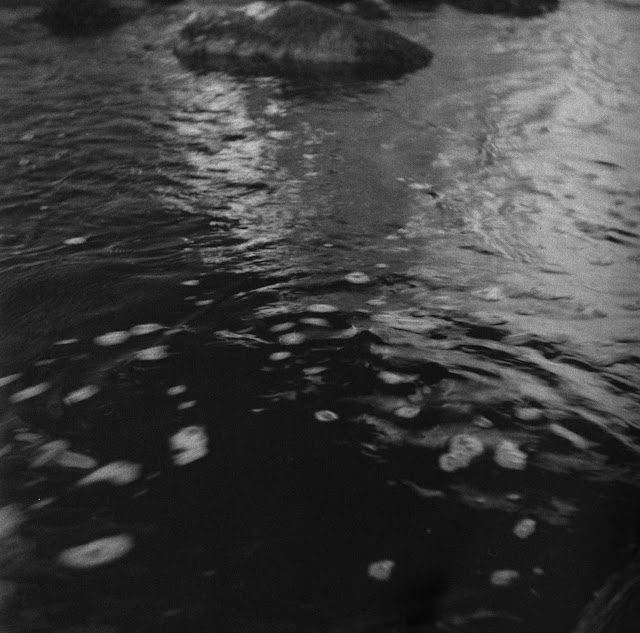 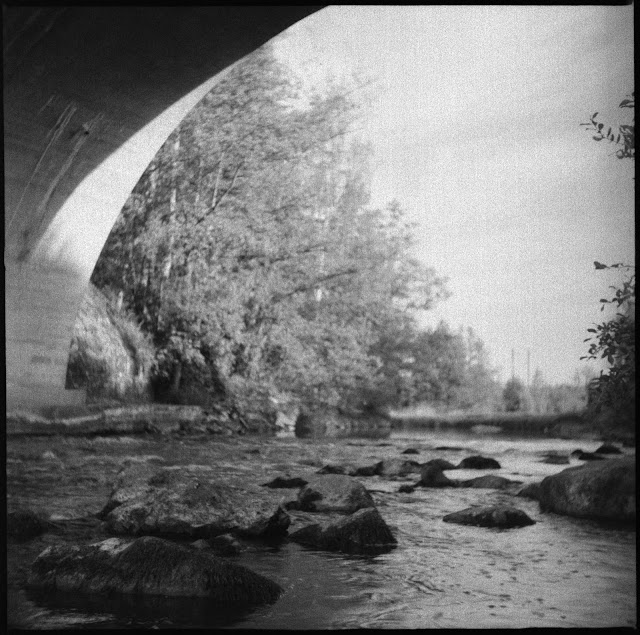 The film turns out a bit grainy, but not overtly. And contrasts are not strong, maybe on the weak side. I like them stronger. But that is no big issue if you do some post-processing. 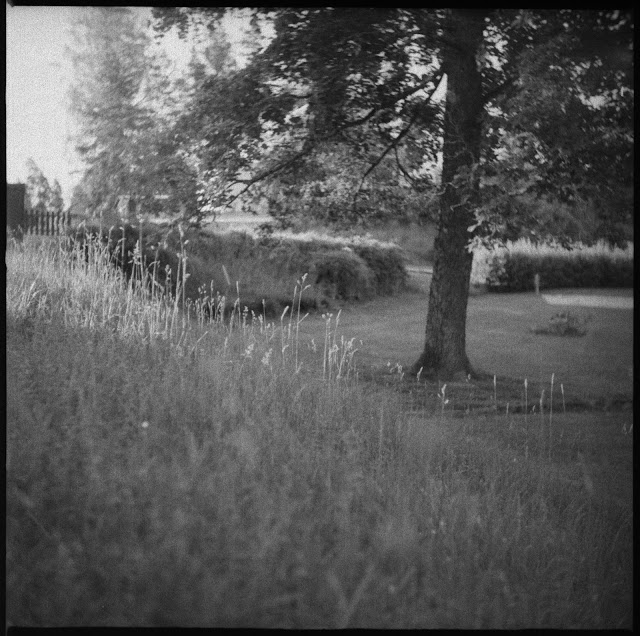 [June 22nd 2020: I wanted to add some facts to the original post: I exposed the photos at 12 ASA, thereby adding two stops of light to the original 64 ASA sensitivity. I read somewhere that if you wanted to develop positive film in negative chemistry that was what you are supposed to do to compensate for the transition. It means I didn't add one stop per decade since the expiry date which seems to be the rule of thumb accepted for negative film. In this particular case my approach seem to have worked very well.
The film actually comes out as a negative when developed as b&w. I hadn't thought it would, but that's rather a telltale sign of my haphazard research. At least that's what happens when I develop it in caffenol.
I also wanted to add one more detail. The Ektachrome 64 film has a 'remjet' backing which was physically removed in the darkroom during development when the original technique was used. When developed in caffenol the remjet seems to dissolve entirely. I read this somewhere, and I have no reason to doubt this, since my negatives came out clear and without any fogging or traces of remjet. Nor did my developer fluid contain flakes or lumps of remjet backing.]

Thanks for exploring with me! Don't hesitate to comment or check out my Instagram at #ourbooksmalmo. Visit my Etsy shop getOurBooks where you can find my vintage cameras and nice photography equipment. Again I want to remind that if you feel inclined to contribute to this blog with material in the same vein, don't hesitate to contact me.