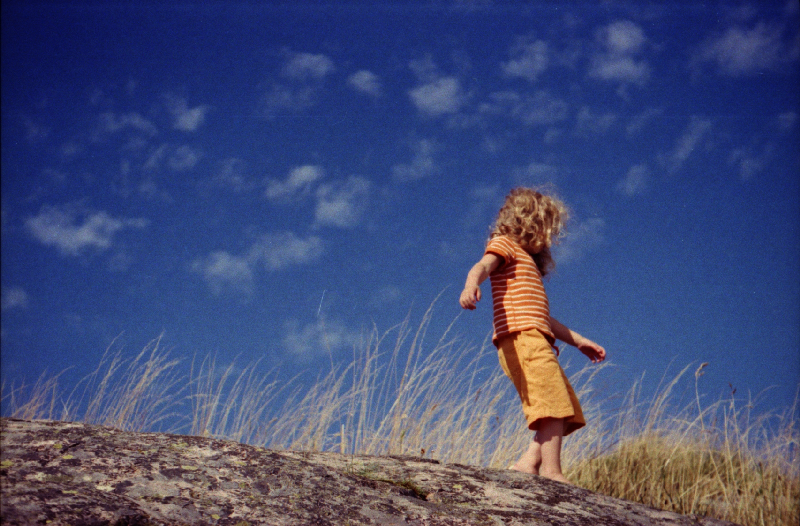 Here are some pictures from my first roll taken with the Industar 50-2 lens that I mentioned briefly at the end of this post. The light is nice, but the focus could be better. Maybe that's me. 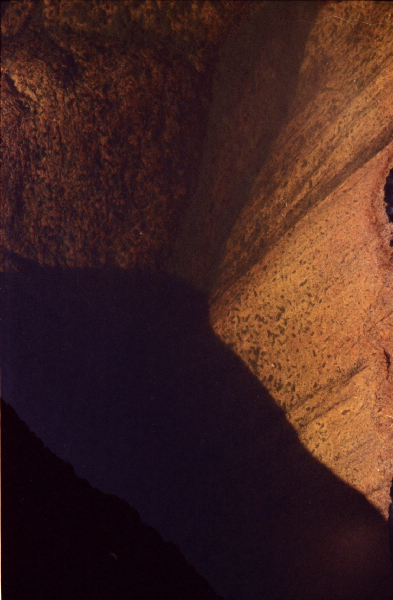 I overexposed the film by at least two steps and then asked the lab to push the film one step also. I've come to realize from reading blogs about film photography (not digital) that overexposing and pushing film - especially colour film - gives better detail in shadows as well as a wider range of colour renderings. 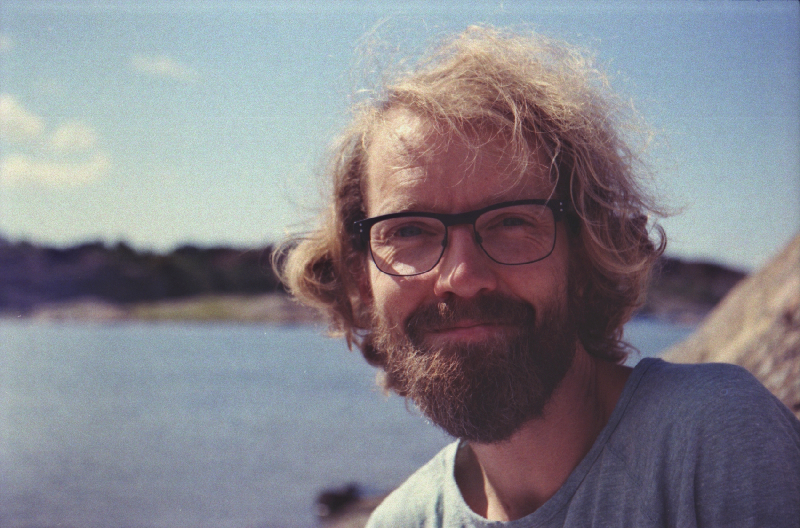 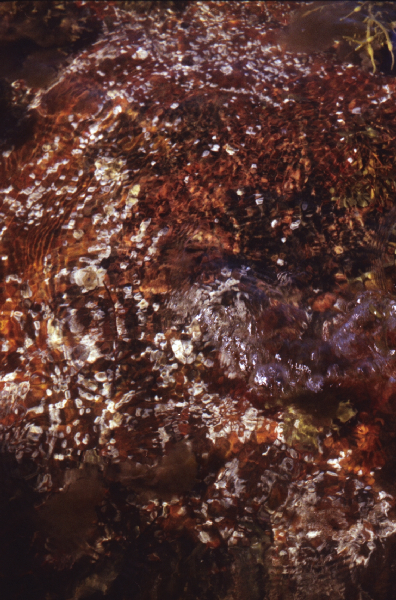 That's me above with a nose tip in focus. 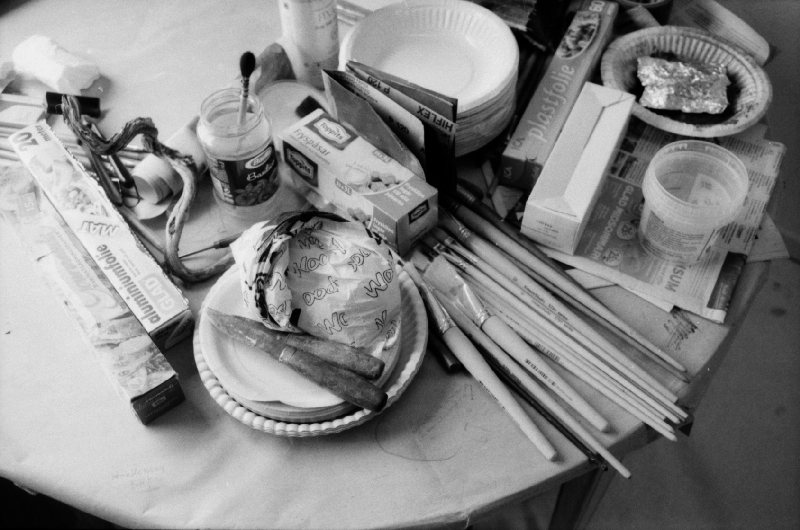 I've had a roll of b&w developed. The pictures were taken with my now defunct Canon FX in an 'artist's colony' in the spring. I tried to overexpose at least one stop, and then had it pushed two steps in development. 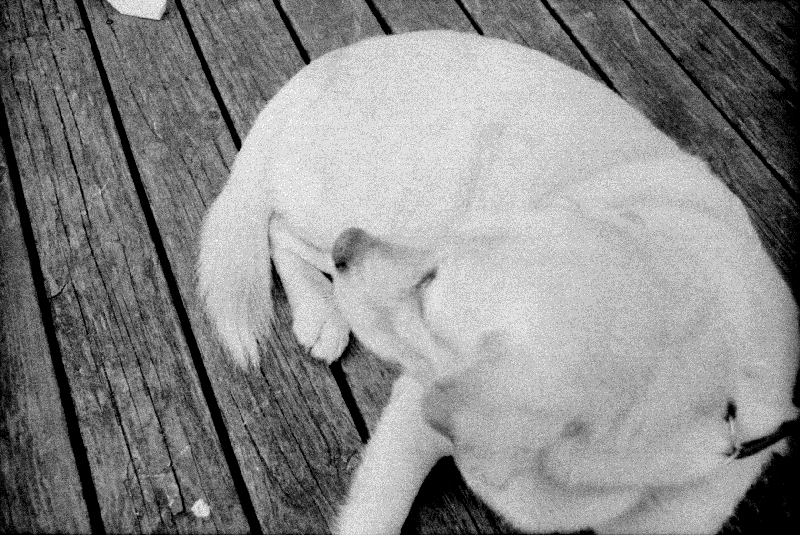 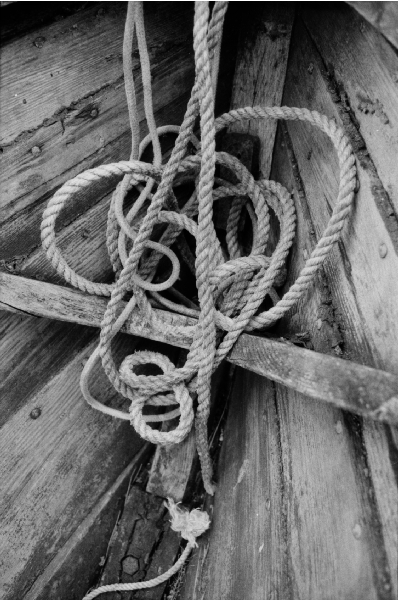 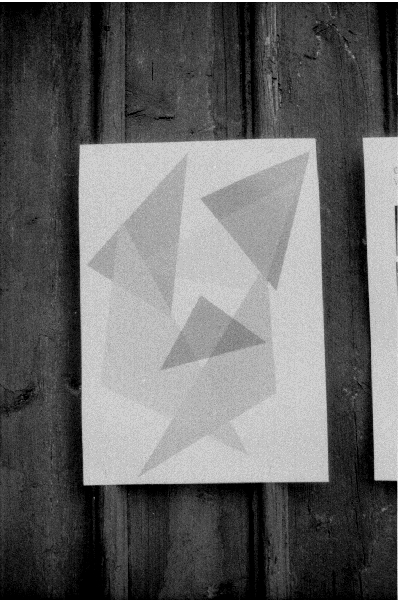 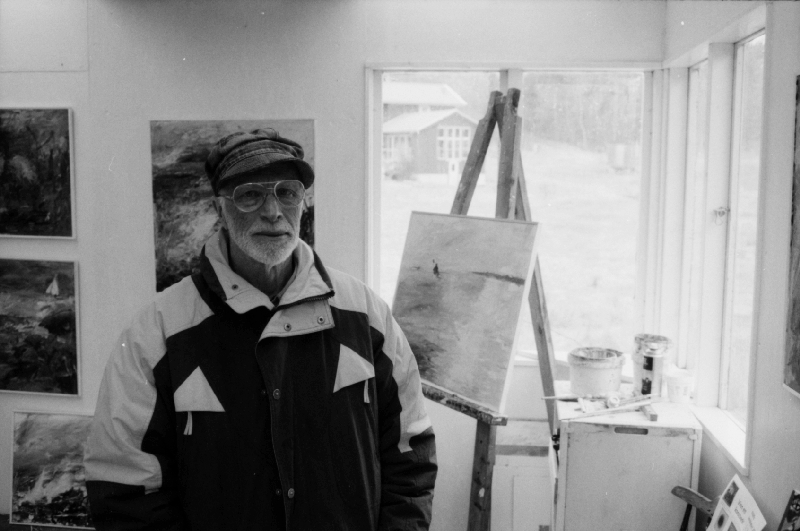 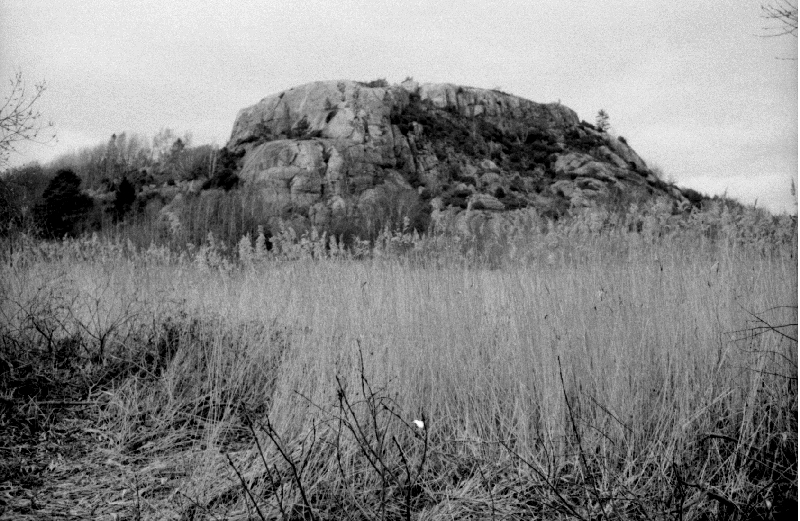 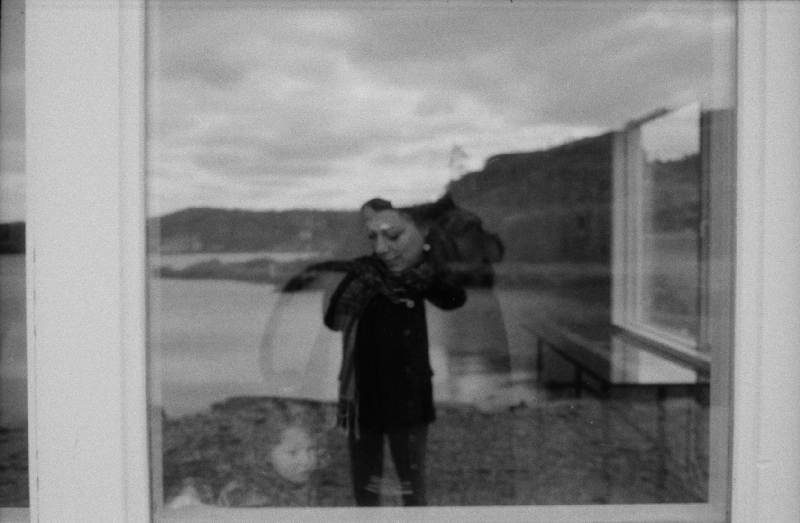 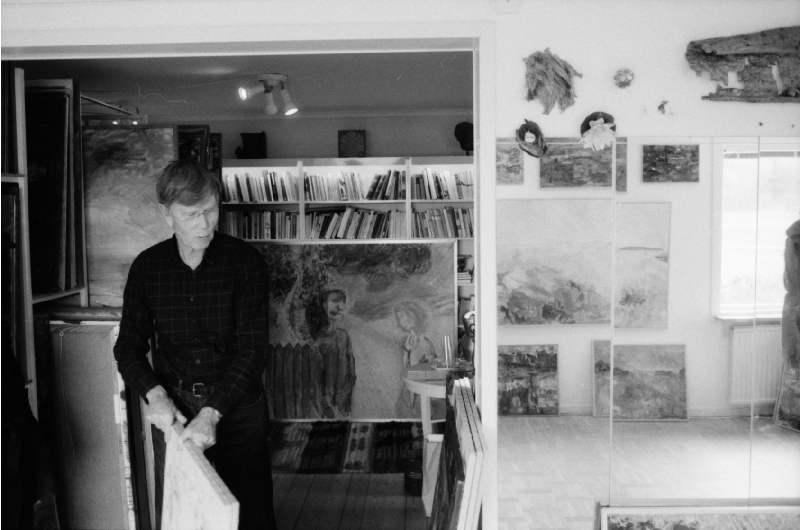