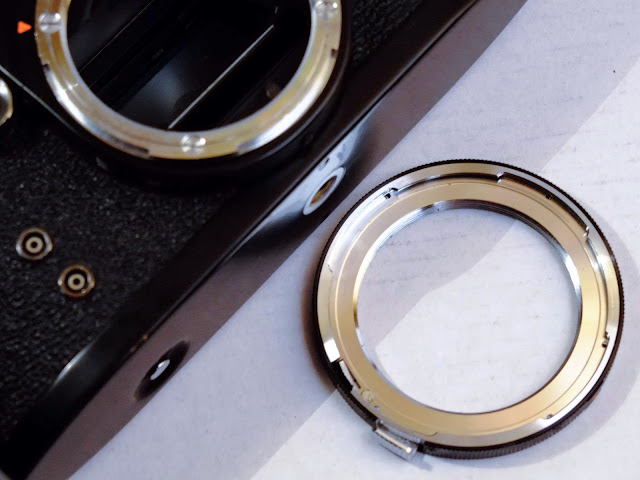 Inspired by a post by Adetorrent on his youtube channel I feel compelled to write about lens adapters.
M42

At some point in time I decided that M42 lenses were my thing. I think the notion came from when I realized the fact that these lenses were made by many many manufacturers during many many years. So there would be a lot to choose from. And I did especially like the look and feel of the older ones.

I've since managed - by coincidence and hard (?) work in equal measure - to create a set of cameras and lenses that I like to photograph with. With all the camera bodies and lenses in the M42 system around one can be picky both when it comes to performance and aesthetics. If you add lens adapters to the equation the number of camera bodies increases even more. 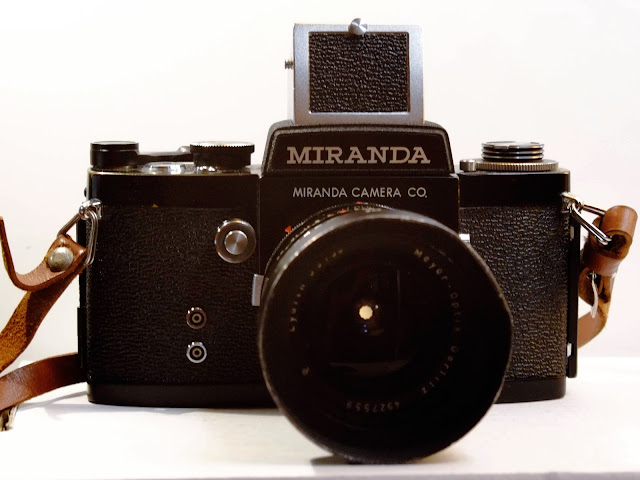 Adapting M42 lenses
As someone knowledgable in the Miranda system SLRs the above combination body-lens is a bit strange. The explanation is that the Meyer-Optik Görlitz 30 mm lens is adapted to the body with an adapter. You can see the adapter in the picture at the top of this article. 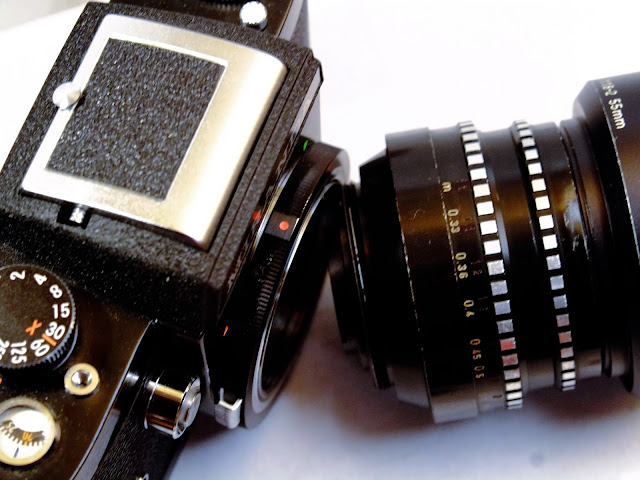 Here you can see the adapter in place. The adapter has the M42 screw mount thread to accomodate the operation of the Görlitz lens. The adapter also functions as a way to connect the two systems by adjusting the flange focal distance of the body mount to that of the lens. 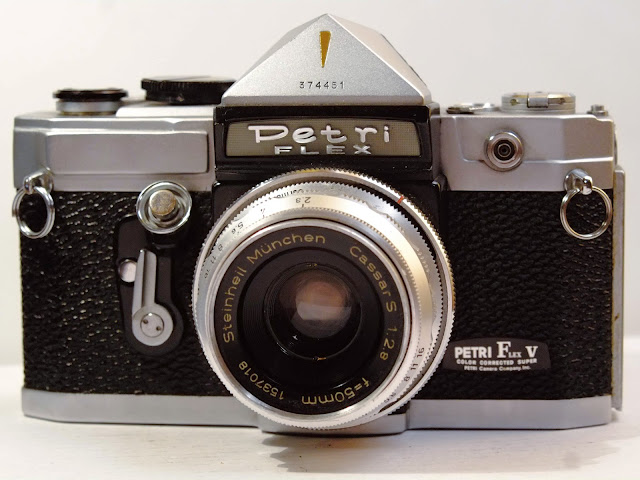 This is how the adaption looks with the Petri system. Pictured above is the Cassar S lens with M42 mount. The M42 to Petri adapter is slotted into the mount of the Petri. Then the ring is turned to excert a grip. 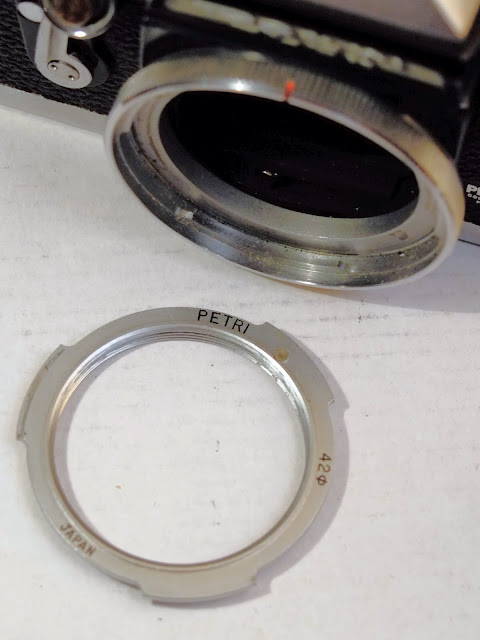 The Petri mount has a deep recession which does not allow M42 lenses with a wide base to fit. The Cassar S doesn't fit, though, I've come to realize. 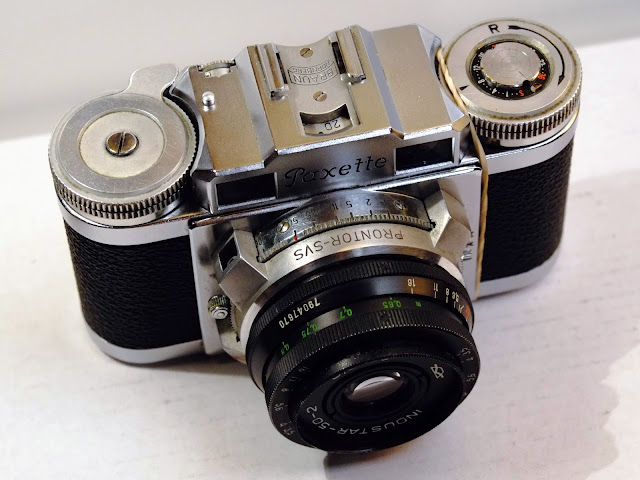 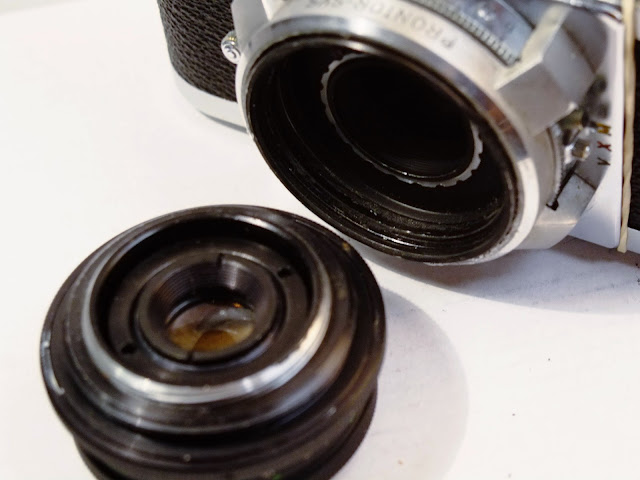 Above you see an experiment, which I touch upon in another post, later. It is more of a mod than an adapter but now the camera belongs to my M42 system which allows it a space in this post.

Since the flange focal distance of the M42 and Braun Paxette systems is only differs slightly (1.46 mm), I thought why not adapt the Paxette to be able to use all my favourite lenses? I will post photographs I took with this combo later on. 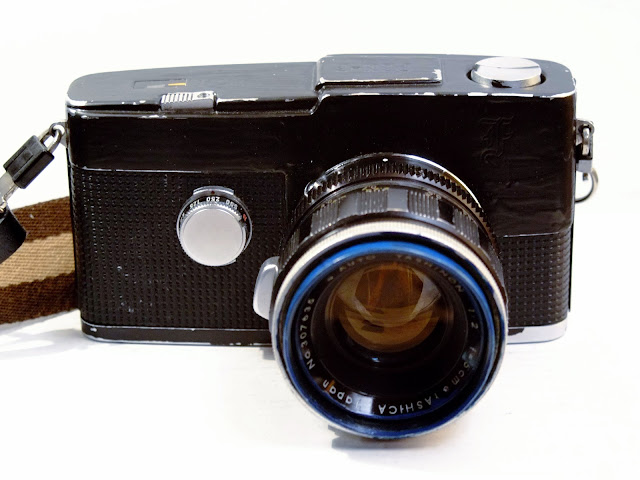 Here's my Olympus Pen F SLR with a crippled but still functioning Yashica 55 mm lens adapted. (Here's a post about using this kit.) The M42 to F adapter adds a bit of length to the lens but that's because of the compactness of the Pen F camera and its system lenses. The M42 system cameras are much thicker and bulkier. In the picture below you can get a sense of the size of the adapter. 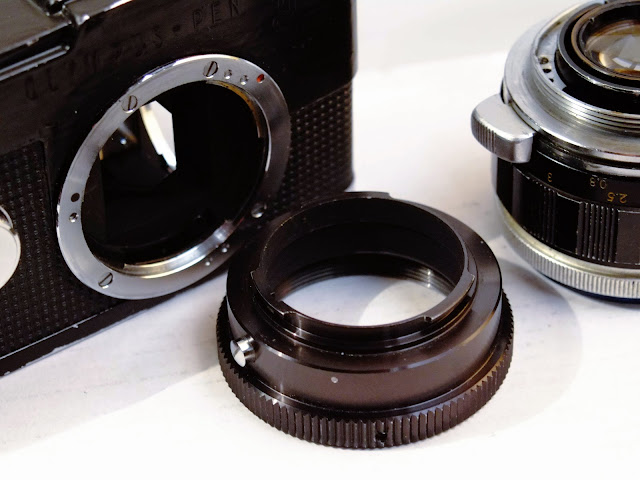 Last but not least in this little adapter-bonanza is the M42 to DKL adapter. 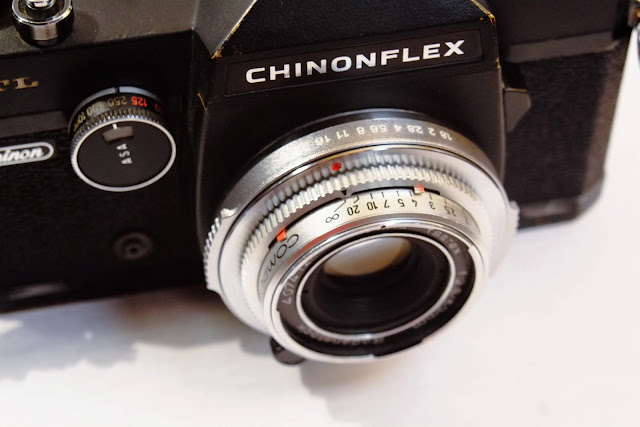 If you are like me and want to try out budget lenses that still are very good at producing great photograps, the DKL adapter is a good investment. You can fit lenses from Agfa, Voigtländer and Zeiss cameras (if I remember correctly) from the mid to top budget range of 1960s exchangeable lens SLRs and rangefinders. 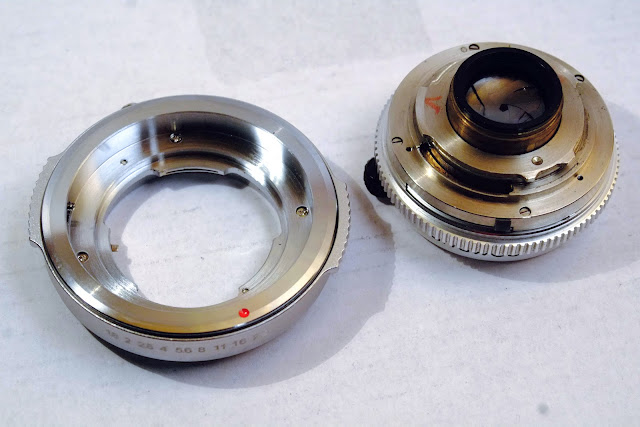 My Rodenstock lens featured here, came from an Agfa camera I believe, and was bought at a bargain price. About half of the amount that I paid to get the adapter.


Thank you for reading this blog! You can find photos made with the aid of these adapters in other posts on this blog, now and in future. Don't hesitate to comment or pose questions. You can also contact me through my Instagram #ourbooksmalmo for further inquiries about this subject and also about stuff sold in my camera shop getOurBooks at Etsy.