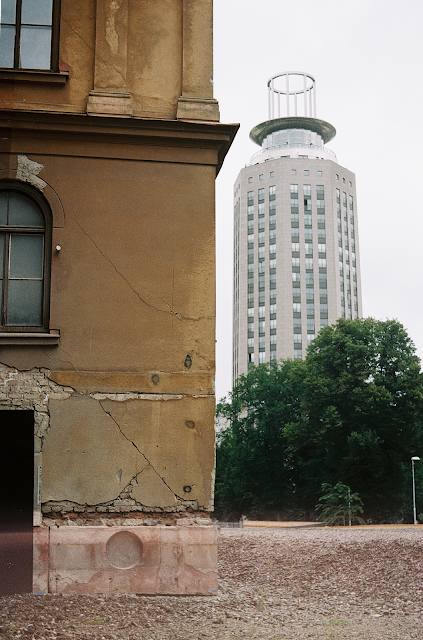 Now almost two years ago I spent a few days in Stockholm, mainly to attend the 24h Fotomaraton. The day before the competition began I used a Voigtländer Vito B and four rolls of film to warm up my photography muscles. Three films were black and white ones but the fourth one was colour. 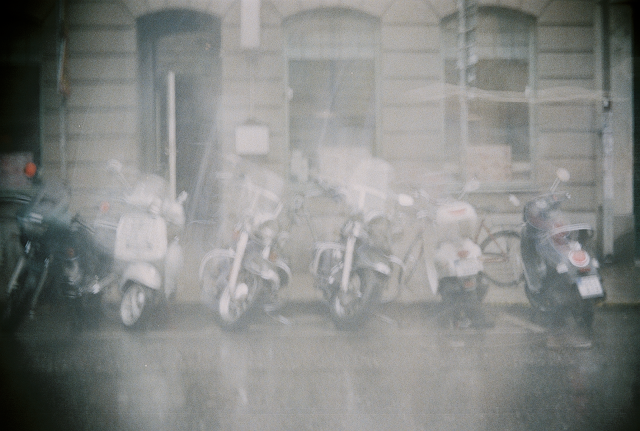 During the last roll I realized that the film wasn't winding properly so had some fears that the pictures wouldn't come out as I hoped. (I mention this here.) And in hindsight all three developed rolls suffer from double exposures of various kinds. 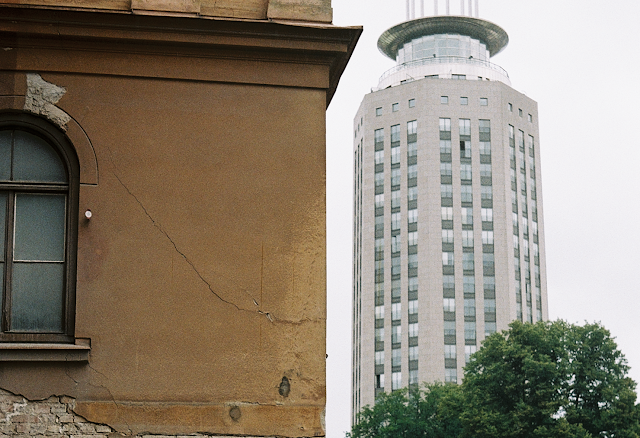 With that said I am really happy with the few usable pictures I got. Above is a cropped version of the first image in this post. The photos are proof that the Vito B has a very 'nifty fifty'. I. e. the lens is very good - at least in daylight situations at apertures 5,6 to 11 which was all I got during the day of the excursion. 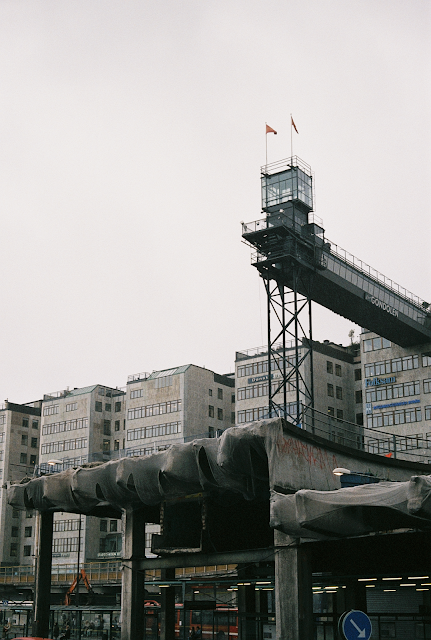 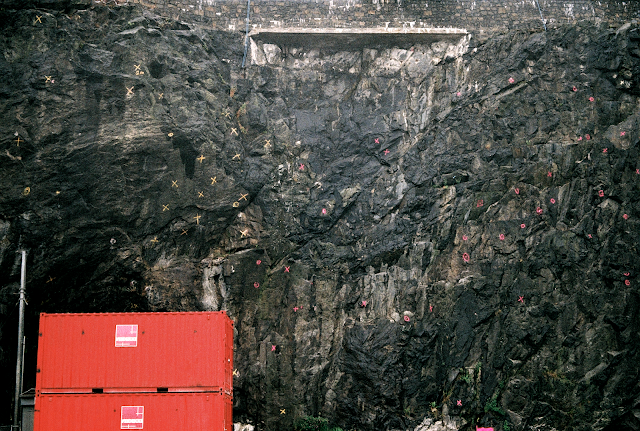 I even got a spectacular view of the Old Town / Gamla Stan out of a double exposed picture as can be seen below. 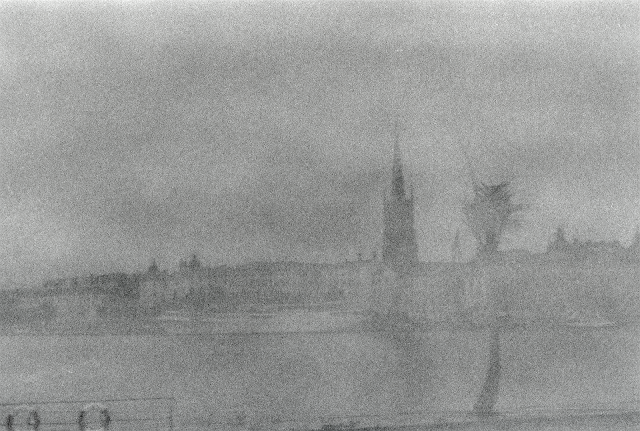