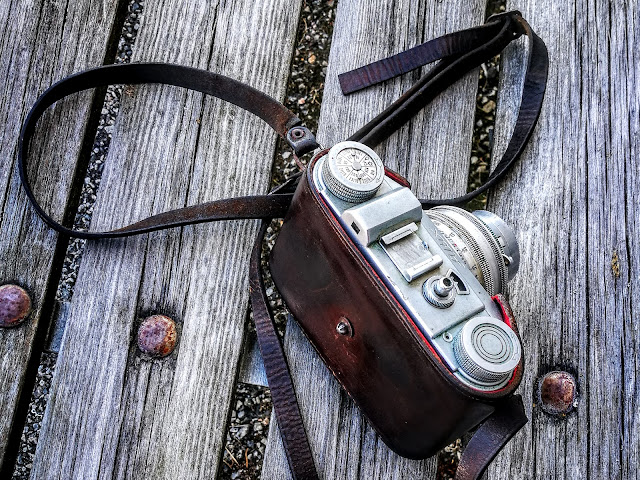 The films were exposed at 50 ASA. I used a yellow filter on both cameras. Not sure if the filters are the same type, though. My thinking was that the yellow would give the photos a warmer cast, which I like.

The film was supposed to be developed in C-41 chemistry (by my preferred lab Best Fotoservice by Foto Schröter in Riesa). I know! It's a slide film! But the chemistry used to process these old time slides isn't around anymore and I like colours to pop, so cross-processing was the option. Cross-processing slide film is rather common in Lomography circles - and I love it when my colour films don't show real life colours.

Here's what then happened: I got the results from a first roll taken with another camera. The Kodachrome hadn't developed well in C-41 at all. In fact it was blank, see-through. Only soot-black stripes of the anti-reflection backing remained.

So I decided to develop the film as a b&w. I mostly do my developing in caffenol, which I've used successfully on slide films in the past. Other b&w processes are possible too.

Too bad for me that I had exposed all the Altix and half the Canonet photos with colour in mind. Oh, well. This would be an opportunity to analyze how my thinking in colour differs from my thinking in b&w when photographing.

The first camera is my Canon Canonet QL17 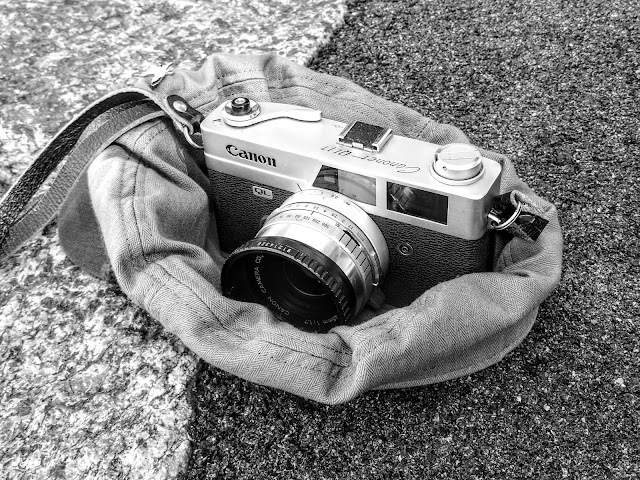 This is a camera that I like very much, though I haven't used it much in recent years. It's the first camera that I bought specifically for myself after I started my business restoring and selling cameras through my Etsy shop. It ended up being brought on several vacations to a very special place for us, written about here. 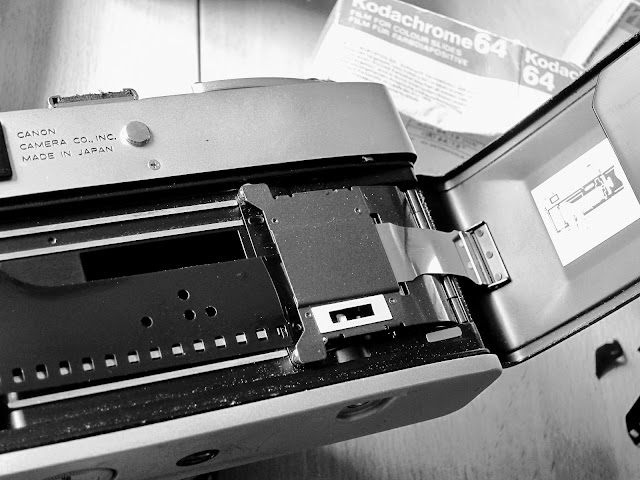 It's a sturdy thing with a fast lens, a reliable meter and a viewfinder with all the information you need. 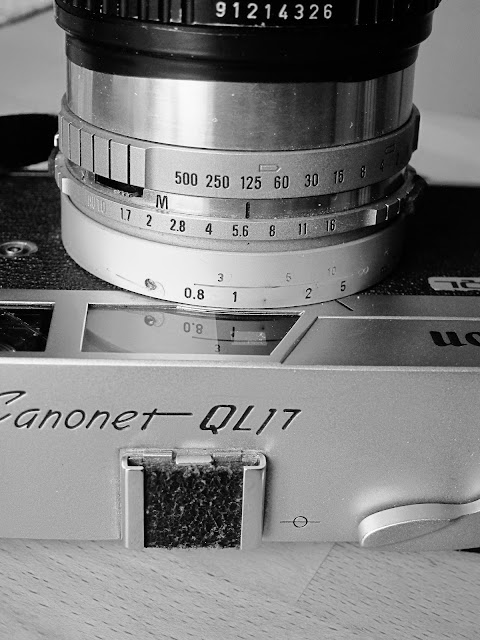 Its namesake - with the addition of 'GIII' - is much more known and therefore expensive. My lens shares all the qualities of the posher model: F/1,7 aperture being the predominant sales pitch. I like the fact that this one is almost SLR sized.

The second camera this month is the Altissa Altix 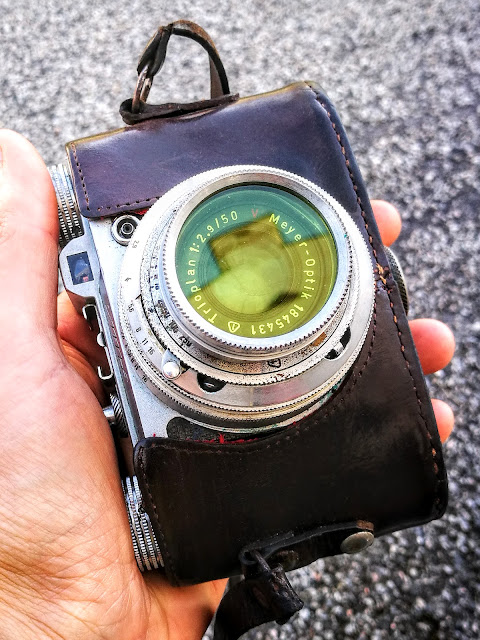 My first fascination with this camera came from it sporting a Meyer-Optik Trioplan lens, which I'd at the time read somewhere was a very Very good lens. And it turned out that the camera was very affordable! In my mind this was a no-brainer. 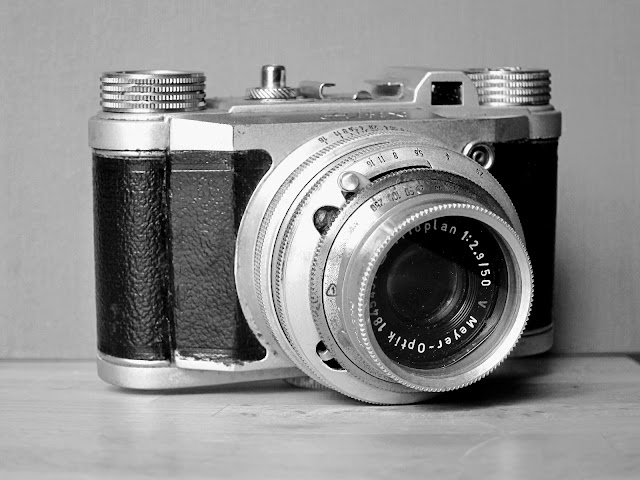 Well, life makes its twists and turns. Four years later and I'd not yet exposed a roll through the camera. So now I pick it up for my Two Camera Month Project. And, truth be told, I am much more confident today using viewfinder cameras than at the time that I aquired the Altix. 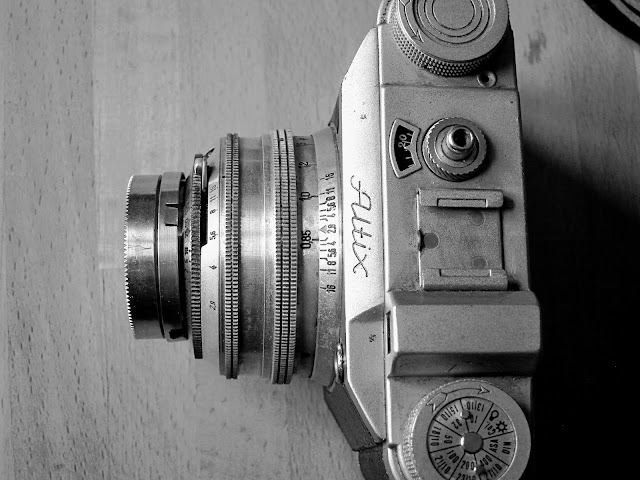 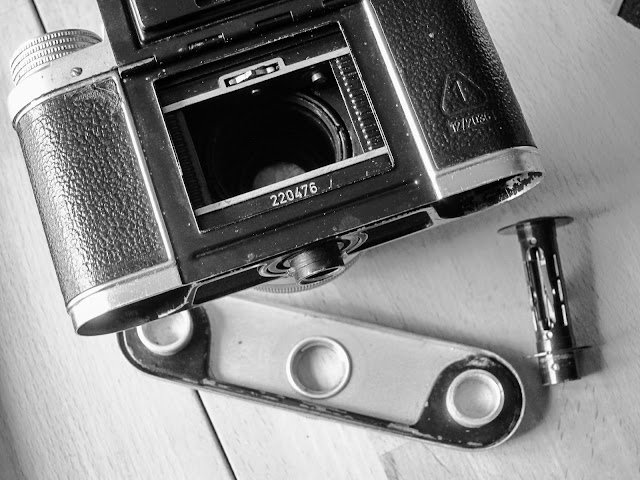 I really enjoy using this camera. It's a viewfinder camera, a genre of kit which I've come to use very intuitively since a few years. Being an artist and illustrator I'm more than good enough at guesstimating the distance to objects, which is a great help here.

The controls here are very nice indeed. They are designed in standard ways, but the manufacturers have added that extra touch to make the whole thing feel soft and luxurious in your hands. Even more so than in the case of the Voigtländer Vito B, which is often deemed exclusive and well designed.

When getting the results from the C-41 lab I lambasted myself for not researching the film. It appears that it's the only slide/colour film that can't be cross-processed... I e not developed at all. I had confused it with Kodak Ektachrome 64 which is very much cross-processable, regardless of age.

But I pushed on.

I first developed a strip of the Altix film in Caffenol using instant coffee (plus pure vitamin C and washing soda) - the most common recipe: All black. Even after cleaning the soot off the film in warm water.

I then used Rosemary Caffenol, which is the same recipe apart from using strong rosemary 'tea' instead of instant coffee: All black. The same result as above. 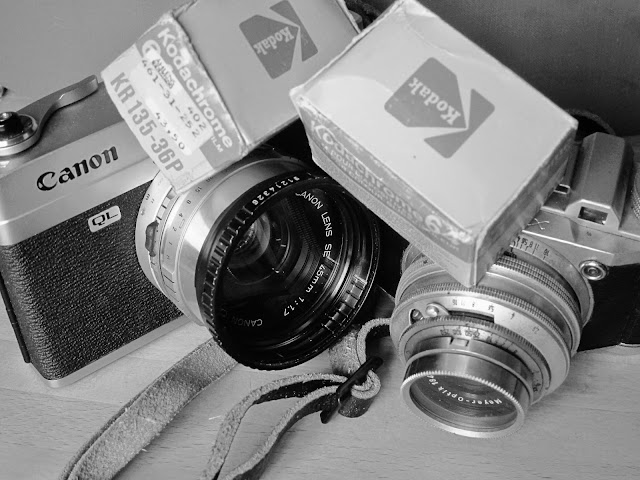 My final attempt was Ilford's Ilfosol developer. I used it for the whole Canonet roll, as I figured it as my last alternative. All or nothing, you know.

All black... No, not entirely! I could discern something in the dense fog... 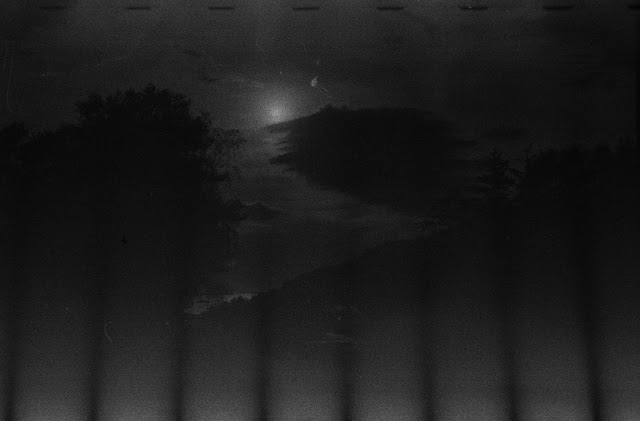 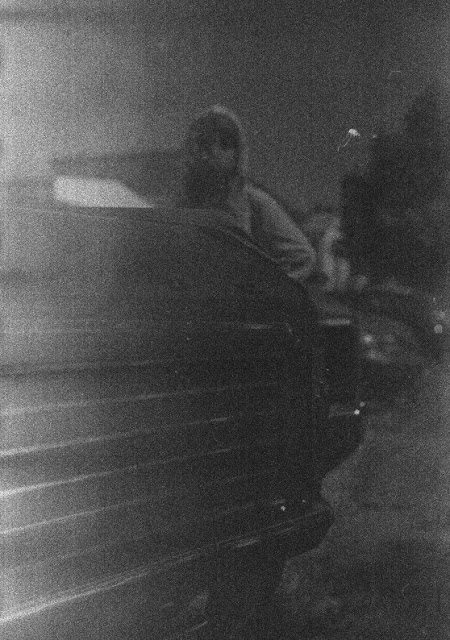 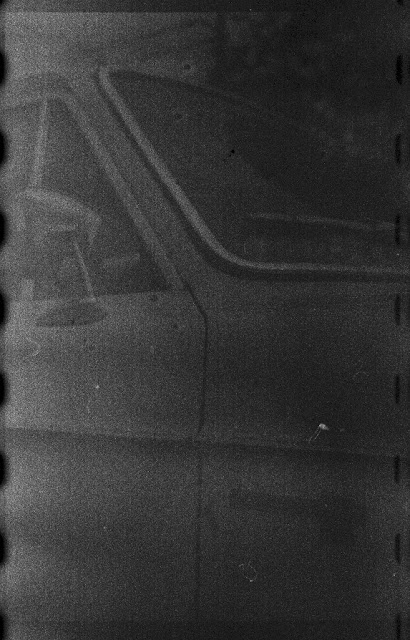 These are scanned from very dark negatives. Maybe a better scanner could catch more details. The stripes of light are from my not perfect stand development.

1. I will never use Kodachrome again.

2. Now I know how to save photos from Kodachrome